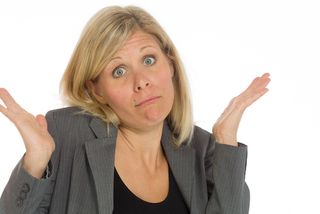 Do you understand the relationship between elevation and the boiling point of water? Do you know what property of a sound wave determines its loudness? If so, than you likely know more about science than most Americans, the majority of whom got these questions wrong on a recent survey by the Pew Research Center.

The nonprofit organization recently polled a representative sample of 3,200 Americans of different ages, genders, ethnicities, races and levels of education and found that, though most of those surveyed understood basic scientific concepts, like the fact that a light-year measures distance (72 percent), far fewer participants knew the answers to more difficult scientific questions.

Some 22 percent of Americans misidentified the "study of how the positions of stars and planets can influence human behavior," as astronomy rather than what is considered a pseudoscience, astrology. [Infographic: Take the Science Quiz & See How Others Scored]

The people who fared the best on Pew's questionnaire were those with the most education. In fact, adults with a college or postgraduate degree were more than twice as likely as those who had completed less schooling to correctly answer at least eight of the 12 multiple-choice questions included in the survey.

That statistic — eight out of 12 correct answers — was also the score of the so-called average American (i.e., it was the median score for the entire representative sampling of individuals). About a quarter of those surveyed (27 percent) got eight or nine questions right. Another quarter of participants (26 percent) answered 10 or 11 questions correctly. However, only 6 percent of Americans got a perfect score on the science "quiz." (You can take the quiz yourself here.)

"These data provide a fresh snapshot of what the public knows about some new and some older scientific developments — a mixture of textbook principles covered in K-12 education and topics discussed in the news," said Cary Funk, an associate director of research at Pew Research Center and lead author of the study summarizing the results from the poll.

Do you even science?

Before focusing on all the things Americans don't know about science, why not talk about what they do know? For one thing, almost all of those surveyed (86 percent) knew that the Earth's core is the planet's hottest layer, and nearly as many respondents (82 percent) knew that uranium is an essential ingredient for creating nuclear energy and nuclear weapons.

When looking at a photo of a comet, described as an object in space with an icy core and a tail made of gas and dust, 78 percent of respondents correctly identified it as a comet (and not a moon, asteroid or star). And nearly as many people (76 percent) knew what causes ocean tides (Spoiler alert: It's the gravitational pull of the moon.)

But when it came to the nitty-gritty, science textbook questions — things like the relationship between altitude and boiling points of liquids — Americans didn't fare as well. Only 34 percent of respondents knew that water boils at a lower temperature in a high-altitude city like Denver than it does in a near-sea-level city like Los Angeles. [Easy Answers to the Top 5 Science Questions Kids Ask]

And only 35 percent of respondents knew that amplitude, or "height," is the property of a sound wave that determines its loudness. Many Americans were similarly stymied when answering a question about how light passes through a magnifying glass. Less than half of those surveyed (46 percent) identified the right image that demonstrated how this happens: Parallel light rays pass through the lens and converge on a focal point.

While the biggest predictor of a top score on the quiz was the level of education, gender also played a role, according to Pew researchers. Overall, men answered more of the questions correctly than did women, with men having a median score of 8.6 out of 12 correct answers to women's 7.3 out of 12.

The gender disparity was most evident with queries related to physical sciences — subjects like physics, chemistry and astronomy. For instance, only 37 percent of women chose the correct image describing how light passes through a magnifying lens, compared with 55 percent of men.

The researchers also noted the disparity between the sexes on a foreign policy-related question: the need for uranium in making nuclear energy and nuclear weapons. While 75 percent of women did answer this question correctly, nine out of 10 men nailed it.

The differences between men and women's answers could be a question of age, the researchers found. Education differences between older men and women were more significant than those between younger men and women. And women who held a postgraduate degree were almost equally as likely as men with such degrees to answer science-related questions correctly. Still, on average, men did tend to know more about the sciences than did women, even when the researchers controlled for level of education, they said.

Other patterns related to demographics (i.e., race, ethnicity and age) did emerge, but none of these patterns were as prevalent as those between men and women or those between people with more education and those with less.

Overall, white people got higher scores on the science survey than did black people and Hispanics, with the median score of each group, respectively: 8.4, 5.9 and 7.1 out of 12. The question that generated the largest discrepancy between these groups had to do with the cause of ocean tides. While 83 percent of whites knew that the moon causes tides, only 46 percent of blacks and 70 percent of Hispanics answered this question correctly.

But the disparity was less noticeable on other questions — like the one about water boiling at a lower temperature at higher altitudes. Only 36 percent of whites got that one right, compared with 33 percent of blacks and 25 percent of Hispanics.

And then, of course, there was the question that stymied grandparents but which iPhone-toting millennials answered with ease: Which kind of waves are used to make and receive cellphone calls?

While 8 in 10 respondents ages 18 to 29 knew the answer to this question (radio waves), only 57 percent of those 65 and older answered correctly. However, the baby boomers bested their younger counterparts on a question about history: Who developed the polio vaccine? A whopping 86 percent of older adults knew it was Jonas Salk, compared with just 68 percent of youngsters.

The full report of the Pew researchers' finding can be viewed on the organization's website.