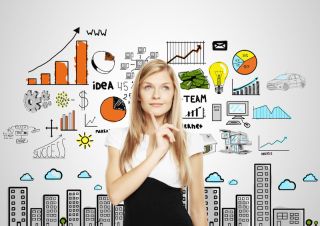 Smarter people tend to live longer than those with less luck in the intelligence department. Now, a new study hints at why: It's (almost) all about good genes.

About 95 percent of the relationship between intelligence and longevity is explained by genetic influences on both traits, researchers reported July 26 in the International Journal of Epidemiology. The study was somewhat limited in that most of the participants took intelligence tests during middle age, rather than in their youth. By that time, the IQ results might be skewed by the cognitive decline of aging.

"We found that the small relationship between intelligence and life span was almost all genetic," said study researcher Rosalind Arden, a research associate at the London School of Economics and Political Science. [Extending Life: 7 Ways to Live Past 100]

Studies large and small have linked smarts with the likelihood of living to old age. For example, a study of people born in Scotland that was published in 2001 in the British Medical Journal found that the higher people scored on an IQ test at age 11, the more likely they were to survive to at least age 76. In 2007, a paper in the Journal of Health Economics found that Nobel Prize winners slightly outlived runners-up. The researchers concluded that the prize money was not the reason for the winners' longer life spans, but that the raised social status conferred by the prize might have been.

Researchers have considered a few reasons that could explain the longevity advantage of intelligence. It could be that smart people make better health choices, get safer jobs or have family advantages, all factors associated with living longer, Arden said. Or perhaps smarter people have better genes in general, genes that boost both intelligence and life span.

A study of twins could answer this question, Arden and her colleagues reasoned. Identical twins share 100 percent of their DNA; fraternal twins share only half. If longevity is mostly environmental, one would expect that the smarter of two identical twins would live longer than his or her sibling as a result of better choices, employment and other external factors.

If, by contrast, longevity is largely genetic, the smarter twin wouldn't get much of a longevity boost over his or her identical sibling; the pair's shared genes would carry the day and influence their life spans equally.

Meanwhile, if genes determine longevity, the brighter twin in a fraternal pair would be expected to live much longer than his or her sibling, because the smarter twin would presumably be granted the genes that confer both intelligence and longevity.

Arden and her colleagues analyzed data from three long-running twin studies that all looked at sets of twins in which at least one twin had already died. One study looked at 377 pairs of male World War II-veteran twins from the United States. Another was a study of 246 pairs of twins from Sweden, and the third looked at 784 pairs of Danish twins.

In general, the researchers found, the more intelligent twin of each pair lived longer, whether the twins were fraternal or identical. But there was a much larger difference in longevity between fraternal twins, pointing to genes as the major driver of the life-span differences.

Statistically, the researchers found, lifestyle choices could explain only 5 percent of the link between intelligence and life span. The rest was genetic.

Other studies have found tantalizing links between anti-inflammatory genes and longer life spans. The new numbers should be taken with a grain of salt, though, Arden warned. Because most of the participants joined the studies later in life, the research didn't capture deaths before middle age. The intelligence-test results also come from middle age, when cognitive decline might already be at play.

"My co-authors and I, we all feel this is a really interesting study and an interesting first finding, but we would want to see it replicated with more data," Arden told Live Science.

In particular, Arden said, it would be useful to replicate the finding in animals such as dogs or mice, which don't tend to make the questionable lifestyle choices that can confound studies of human longevity.

"You don't find many dogs or mice that abuse alcohol or smoke weed," Arden said. "In fact, most dogs and mice don't even smoke cigarettes."

Clean-living animals aside, parents shouldn't panic if their children don't top the curve on school exams. The intelligence-longevity link is a small one, Arden said. To live longer, it's less useful to fret over genetics and far more helpful to eat well and exercise, while avoiding cigarettes and alcohol.

"Nothing we found counteracts the good old stuff your grandmother would have told you about how to live well," Arden said.