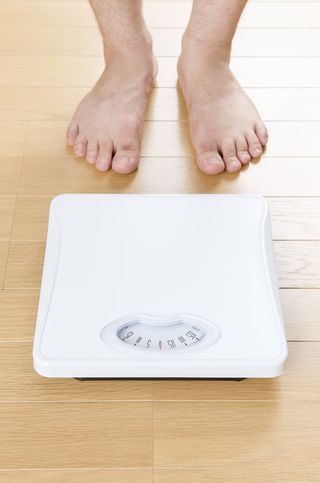 If you are trying to lose weight and keep it off, weighing yourself daily and tracking your weight over time may help you accomplish those goals, according to a new study.

Moreover, after that year, the people who weighed themselves daily were able to maintain their weight loss for another year, which is important because maintaining a new, lower weight without gaining pounds back tends to be more difficult for people than losing weight, the researchers said.

"There are thousands of ways of losing weight," said study author David Levitsky, a professor of nutrition and psychology at Cornell University. "Losing weight is not the problem, but to maintain that weight loss is the problem."

In the study, researchers told 162 people that they were allowed to do whatever they would normally do to lose weight for a year. The goal for all of the people in the study was to lose 10 percent of their initial body weight.

But the researchers gave scales to 88 of the participants, and told them that they should weigh themselves every morning and track their results on a chart. The remaining 74 people were not provided with scales, nor were they told to weigh themselves. [The Best Smart Scale]

In both groups, the percentage of people who actually reached the goal of losing at least 10 percent of their body weight over the course of a year was small. However, it was still higher among those who weighed themselves daily — nearly 9 percent, compared with nearly 5 percent in the comparison group.

Recently, a lot of advice related to weight loss has implied that people should not weigh themselves frequently. However, the idea that people should avoid stepping on a scale daily "was not based on very empirical data," Levitsky said.

The new results suggest the opposite is true — that daily weighing may help with weight loss, the researchers said.

"There is a lot of data coming out now showing that the more frequently you weigh yourself, the better you are able to control your weight," Levitsky told Live Science.

It is not clear why, exactly, weighing oneself every day seems to be beneficial for weight loss. However, it may have something to do with making people become more conscious about what they eat, and reinforcing the behaviors that aid weight loss, such as skipping dessert, the researchers said.

But weighing yourself may also act as a way to punish behaviors that are detrimental to weight loss. "If you find what you did yesterday made you gain weight, I think that acts as a negative reinforcement," Levitsky said.

The new study was published June 17 in the Journal of Obesity.