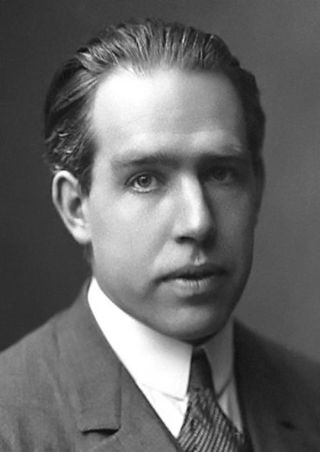 The name Niels Bohr may take you back to high school chemistry class, but an event tonight (June 3) promises to take people beyond textbooks, for a behind-the-scenes look at the pioneering scientist.

Bohr's grandson Dr. Vilhelm Bohr will speak tonight about his grandfather's enduring contributions to the field of physics, and will offer a glimpse of the personality and family behind the legacy.

The Perimeter Institute for Theoretical Physics in Waterloo, Canada, hosts the event, and you can watch a live webcast on Live Science beginning at 7 p.m. EDT. [The 9 Biggest Unsolved Mysteries in Physics]

Vilhelm's talk "will provide unique insights into his grandfather's multifaceted personality, as well as the important influence of Niels Bohr's father, wife and brother," states a description of the event on the Perimeter Institute's website.

Niels Bohr won the Nobel Prize in Physics in 1922 for his then-radical model of the structure of the atom. Bohr proposed an atomic structure, known as the Bohr model, that placed the atom's neutral nucleus in the center of orbiting, charged electrons. Although technological advances have helped supersede the Bohr model, it shaped modern physics and helped inform future generations of scientists.

Bohr was a professor of theoretical physics at Copenhagen University from 1920 until his death in 1962. He was forced to flee Denmark for Sweden during the Nazi occupation in World War II, and spent the last couple years of the war in Britain and the United States working as an advisor on the Manhattan Project in Los Alamos, New Mexico. The Manhattan Project aimed to gather the brightest minds in science and engineering to produce an atomic weapon with the power to end all wars.

Later in his life, Bohr became an advocate for peace among nations, and was especially concerned about the potential role of atomic physics and weapons. He helped to establish CERN, The European Organization for Nuclear Research, he was a member of various scientific societies, and he received honorary doctorates from more than 30 academic institutions.

Vilhelm Bohr is currently the department chair at the National Institute of Aging at the National Institute of Health in Baltimore, Maryland. He has led and contributed to more than 500 studies with published papers, predominately in medical sciences, and is a member of the Royal Danish Academy of Sciences. He is also chair of the Niels Bohr Archive in Copenhagen, Denmark.