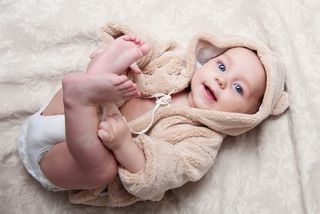 Babies in the United States are more likely to be born during regular business hours than during off hours, a finding that suggests that doctors are using medical interventions — such as cesarean sections — to schedule births.

The study, which included information from birth certificates from 41 states, found that babies were more likely to be born between 8:00 a.m. and 6:00 p.m. than at other times of the day.

If births were equally spaced out over all hours of the day, then 4.2 percent of babies would be delivered during each of the 24 hours in a day, the researchers noted. But in the study, the percentage of births was higher than that average for every hour from 8:00 a.m. to 6:00 p.m.

For comparison, less than 3 percent of babies were born during each hour between midnight and 7 a.m., the researchers said.

"Differences in the likelihood of delivery during the day are partly due to childbirth interventions such as cesarean delivery and induction of labor," the researchers at the Centers for Disease Control and Prevention wrote in their report released today (May 8).

In contrast, vaginal deliveries that were not induced were more evenly distributed throughout the day. Weekend births were more likely to occur in the late evening and early morning hours than were births on weekdays.

And although most babies were delivered in hospitals, those delivered outside of hospitals were more likely to be born in the early morning hours (between 1:00 a.m. and 5:00 a.m.), compared with births in hospitals. [7 Facts About Home Births]

"In general, these births have fewer interventions, and thus likely exhibit a more natural time-of-day delivery pattern compared with births delivered in hospitals," the researchers said.

C-sections can be medically necessary, such as when the baby experiences distress or is in the wrong position for delivery. But C-sections can also cause complications, and even result in disability and death, according to the Word Health Organization.

Over the last few decades, the rate of U.S. C-sections increased, leading to concerns that C-sections are overused, according to the American College of Obstetricians and Gynecologists. There have since been efforts to reduce the number of C-sections that are not medically necessary, and the trend appears to be reversing, according to a 2014 study.