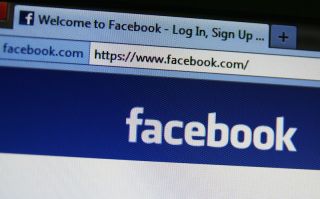 Many people today get their news via Facebook, but most probably give little thought to how the social media network filters the stories they see.

A new study of more than 10 million anonymous Facebook users found that the site's news-filtering algorithms produced only a small change in the proportion of stories people saw that challenged their political beliefs. Rather, the users' own decisions — for instance, which stories they chose to click on — had a much larger effect on the stories they read.

Understanding how the social media site exposes readers to viewpoints they disagree with could have serious implications for democracy, the researchers — some of whom are Facebook employees — said in the study, which was published online today (May 7) in the journal Science. [The Top 10 Golden Rules of Facebook]

Users don't see everything their friends post on Facebook, said David Lazer, a political and computer scientist at Northeastern University in Boston, who was not involved with the study but wrote a commentary on the work, published in the same journal. Facebook uses vast amounts of behavioral data to determine what the user might be interested in, which may only be a small fraction of the content people in your network post, he said.

"In many ways, it's a very useful service for users," Lazer told Live Science, "but what are the broader implications of this curation? What aren't we seeing, and should we somehow be worried?"

Previous research has shown that people tend to read and share news that agrees with their political beliefs, rather than news that challenges their views. But to what extent do Facebook's algorithms influence the news people see and read?

In the new study, researchers from Facebook and the University of Michigan, Ann Arbor, measured how 10.1 million American Facebook users who reported a political affiliation shared some 7 million different news links, between July 2014 and January 2015.

Next, the researchers looked at how much news users saw in their news feeds that didn't align with their political beliefs, dubbed "crosscutting" content. News was classified as "hard" if it could be considered national news, politics or world affairs, and "soft" if it pertained to sports, entertainment or travel. Each hard news story was assigned as liberal or conservative based on the average political beliefs of the users who shared it. [7 Great Dramas in Congressional History]

This is where Facebook's ranking algorithm comes in. The algorithm filters the content a user sees in his or her news feed based on how often the individual uses Facebook, how much the user interacts with certain friends and how often the user has clicked on certain news-feed links in the past.

But the users' choice of what to read — based on the links they clicked on — had a much larger effect on the amount of crosscutting content users were exposed to. The researchers estimated that the likelihood of conservatives clicking on a liberal article in their news feed was about 17 percent, whereas liberals would click on about 6 percent of the conservative articles they saw. On average, Facebook users clicked on about 7 percent of the hard news presented in their feeds, the researchers said.

Overall, Facebook's news feed algorithm produced about a 1 percent change in the proportion of news that challenged users' political beliefs, while the users' own decisions about what to click caused a 4 percent decrease in the proportion of such content in their feed. Thus, a user's choice of whether to read crosscutting stories or not appears to be a much more important filter than Facebook's algorithm, the researchers said in the study.

But not everyone interpreted the findings that way.

The results "conclusively show that Facebook's news-feed algorithm decreases ideologically diverse, crosscutting content people see from their social networks on Facebook by a measurable amount," said Zeynep Tufekci, a sociologist at the University of North Carolina at Chapel Hill, who was not involved in the study.

Comparing how Facebook's algorithms affect what content readers view with the users' own choices of what to read "is like asking about the amount of trans-fatty acids in French fries, a newly added ingredient to the menu, and being told that hamburgers, which have long been on the menu, also have trans-fatty acids," Tufekci told Live Science. In other words, people's bias toward reading news they agree with has long been known, but it's still worth finding out whether Facebook's algorithms introduce additional bias.

The researchers acknowledged that the study has limitations. For one, the findings were limited to Facebook users, who may behave differently than users of other social networks, such as Twitter, and also from the U.S. population in general. Also, Facebook displays summaries of articles in the news feed, so users may be exposed to some of that content without clicking on it, the researchers noted. In addition, the study was limited to people who self-identified their political affiliation, Tufekci pointed out.

Nevertheless, the study's findings are notable, and require "continued vigilance," Lazer wrote in his commentary. "A small effect today might become a large effect tomorrow, depending on changes in the algorithms and human behavior."

In fact, on April 21, long after this study was conducted, Facebook announced three major changes to its newsfeed algorithms, which aim to ensure that a user sees updates from "the friends you care about," Lazer said. "It is plausible, however, that friends that Facebook infers you to care about also tend to be more ideologically aligned with you as well, accentuating the filtering effect."

The findings come on the heels of a controversial study published in June 2014, in which Facebook removed positive or negative posts from hundreds of thousands of users' news feeds — without the users' awareness — to see if it influenced people's emotions. That study, published in the journal Proceedings of the National Academy of Sciences, caused a public outcry over what some perceived as unfair manipulation of the site's users.