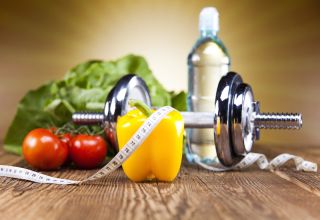 In fact, the U.S. poop samples lacked about 50 bacterial types that were found in the samples from the Papua New Guineans.

The finding suggests that the Western lifestyle alters the gut microbiome, which is the community of bacteria living in the gut, said study author Jens Walter, an associate professor of food and nutrition science at the University of Alberta. Differences in sanitation and the use of antibiotics between the countries could explain some of the differences in gut-bacteria diversity, he said. [Why Is My Poop Green?]

But diet also may play a role. "One hypothesis is that one of the reasons why we miss or lose some of the bacteria species in our gut is our very refined diet, which lacks fiber," Walter told Live Science.

The researchers also found that bacterial dispersal — the ability of bacteria to spread from one person to another within a community —was the dominant process that affected the microbiome in the Papua New Guineans. But this was not the case in the U.S. residents.

"Lifestyle practices that reduce bacterial dispersal —specifically, sanitation and drinking-water treatment — might be an important cause of microbiome alterations," Walter said in a statement.

The study did not examine what the gut-bacteria differences might mean for people's health, he said.

However, according to the researchers' hypothesis, changes in gut bacteria caused by a modern lifestyle may be linked to the major increase in chronic conditions such as obesity and type 2 diabetes over the past 50 years or so, Walter said. Gut bacteria play may affect people's metabolism, which plays a role in these conditions.

Such conditions are almost absent in nonindustrialized countries like Papua New Guinea, he told Live Science.

Still, overall, people in industrialized societies are healthier than people who live in Papua New Guinea, Walter said. Papua New Guineans have very high rates of infections, and their life expectancy is shorter, he added.

"The idea here is not really to criticize the modern lifestyle and its practices," he said.

If researchers can figure out what it is about the modern lifestyle that causes chronic conditions, they may be better able to fight those conditions, he said.

The new study was published today (April 16) in the journal Cell Reports.