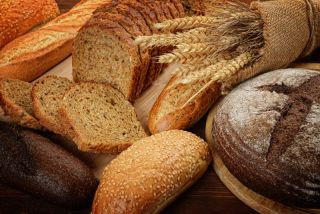 Whole grains are known to be good for you, but it may be the part of those grains that researchers call “cereal fiber” that is particularly important for reducing the risk the risk of disease and early death, a new study suggests.

In the study, which involved more than 367,000 U.S. adults ages 50 to 71, people were asked how frequently they ate certain foods, including whole-grain bread, cereals and pasta. The participants were then divided into five groups based on how much whole grains they consumed, as well as how much fiber they consumed from grains, known as "cereal fiber."

People in the group that consumed the most whole grains were 17 percent less likely to die over a 14-year period, compared with those who ate the least amount of whole grains.

But the people who consumed the most cereal fiber were 19 percent less likely to die during the study period, compared with those who ate the least cereal fiber.

The results "indicate that intake of whole grains and cereal fiber may reduce the risk of all-cause mortality and death from chronic diseases," the researchers said.

In addition, the findings suggest that "cereal fiber partly accounts for the protective effects of whole grains," they said.

Grains are seeds that people cultivate to eat, and whole grains contain the entire grain, meaning they include the bran (the tough outer layer), as well as the germ (the part of the seed that would grow into a plant) and the endosperm (which nourishes the seed).

However, the new study cannot prove that eating whole grains or cereal fibers directly contributes to a reduced risk of early death or chronic diseases. Although the study took into account many factors that could affect a person's risk of death and chronic disease, such as physical activity, body mass index and smoking and alcohol consumption, other factors not taken into account by the study might explain the link.

The study is published online today (March 23) in the journal BMC Medicine.