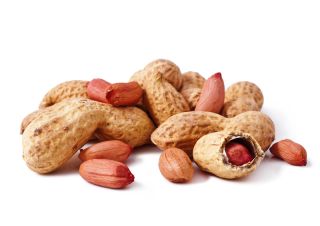 Peanuts may not only be a tasty snack but they may also help people live longer, a new study suggests.

Consuming nuts and peanuts was linked with fewer overall deaths as well as fewer deaths from heart-related problems, according to the study published online today (March 2) in the journal JAMA Internal Medicine.

"We showed that peanuts have similar cardiovascular benefits to tree nuts," said study researcher Dr. Xiao-Ou Shu, a professor of medicine in the division of epidemiology at Vanderbilt University Medical Center in Nashville.

"If people are not allergic to them, they should consider eating more peanuts for their heart-health benefits because they are cheaper and more affordable than other nuts," Shu said.

Although peanuts are considered legumes, they have similar nutrients to a nut, Shu said. [6 Foods That Are Good For Your Brain]

Nuts, especially tree nuts such as almonds and walnuts, have been widely promoted as heart-smart foods based on previous evidence that has tied nut consumption to a lower risk of death from cardiovascular disease in Caucasian people of European ancestry, and those of higher economic status. However, little was known about the health benefits from eating nuts and peanuts, a less expensive food, among Americans from lower income groups, or in people of different races and ethnicities, the researchers said.

In the new study, the researchers looked at data from food questionnaires collected from more than 70,000 Americans, ages 40 to 79, of African and European descent who lived in the southeastern U.S.  Researchers then followed up with the study participants for 5.5 years.

In addition, the study also looked at data from more than 134,000 Chinese men and women, ages 40 to 74, who lived in Shanghai and also provided information on their eating habits. The researchers followed up with this group for about 6.5 years, on average.

The results for the U.S. study group showed that people who nibbled on the most peanuts were 21 percent less likely to die during the study period than individuals who ate the least. To experience this health benefit, people in the study needed to consume about 17 to 18 grams of peanuts per day, or roughly two-thirds of 1 ounce, Shu told Live Science.

The analysis looked at peanut butter consumption separately from peanut and tree nut consumption only for the Americans involved in the study, and it found that people who ate more of the popular nut butter also reduced their chances of dying compared with Southerners who rarely used the spread.

Among the study participants of Asian ancestry, regular nut eaters reduced their risk of dying by 17 percent compared with Chinese men and women who rarely ate nuts, the researchers found. These findings held true in both the Americans and the Chinese even after the researchers took into account a person's smoking and drinking habits, BMI (body mass index), and metabolic conditions, which can all influence death rates.

Peanuts and tree nuts may help people live longer because they are rich in nutrients with known health benefits, including unsaturated fats, fiber, antioxidants and vitamins, Shu said. Some of these plant-based chemicals could help maintain the heart's endothelial function, which affects the cells lining blood vessels, and they also have antioxidant and anti-inflammatory effects that may protect the heart, she said.

People should consider increasing their peanut intake as part of a heart-healthy lifestyle, Shu said.

And since many Americans already take in more calories than they need, Shu recommended that peanutscould replace the calories coming from less-healthy snacks, such as cookies, candy and sugary drinks and should not be consumed in addition to these foods.