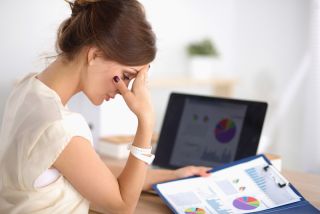 Stress may play an important role in a person's ability to recover from a heart attack, a new study suggests.

Researchers at Yale University found that younger and middle-age men and women who had more mental stress in their lives tended to have worse recovery one month after a heart attack than those under less stress.

The data also showed that the women in the study experienced greater mental stress than the men, and the researchers said this difference might partially explain why women generally recover worse than men after heart attacks.

A higher level of mental stress is known to affect blood flow in the heart and is linked with hardening of the arteries, said study researcher Xiao Xu, an assistant professor of obstetrics, gynecology and reproductive sciences at the Yale School of Medicine in New Haven, Connecticut. "But we need more research to fully understand the mechanisms behind this complex process," she said.

A previous study had suggested a link between higher levels of perceived stress and poorer health outcomes and death rates in older heart attack patients, but little was known about this connection in younger people, who typically experience greater amounts of mental stress, especially younger women.

For this international study, researchers looked at nearly 2,400 women and close to 1,200 men ages 18 to 55 who were hospitalized following a heart attack. While recovering in the hospital, patients from the United States, Spain and Australia were asked about the stress in their lives during the time leading up to their heart attacks.

The findings revealed that women had significantly higher levels of mental stress than men. Women were more likely to feel stressed by caregiving demands, family problems and limited finances than men were, and they also were more likely to report a stressful life event in the past year, such as a death, a major illness striking a loved one, family-related conflicts or a personal health problem. [10 Amazing Facts About Your Heart]

The data showed that one month after suffering a heart attack, women experienced worse health outcomes. Compared to men the same age, women had more chest pain, a lower quality of life and had poorer overall health, the researchers found.

The findings are published today (Feb. 9) in the journal Circulation.

Few studies have examined why younger women experience worse health outcomes than younger men after having a heart attack, so researchers don't fully understand all the reasons, Xu told Live Science. Besides the influence of stress, some research has suggested that women and men experience different heart attack symptoms. Thus, a difficulty in recognizing heart attack symptoms may prevent women from seeking earlier treatment, she said.

Women who have heart attacks also tend to be sicker than men prior to the attack, which may complicate their recovery, Xu said.

Stress and the heart

Few studies have examined the role stress plays in heart disease risk and outcomes, said Dr. Nieca Goldberg, a cardiologist and director of the Joan H. Tisch Center for Women's Health at NYU Langone Medical Center, who was not involved in the new research.

"This study was interesting because it suggests that stress or anxiety plays an important role in a person's physical and emotional recovery after a heart attack," Goldberg said.

However, the research did not address the exact reasons why stress has this effect on heart attack recovery, Goldberg told Live Science. It could be that people who have greater amounts of stress may not feel like exercising, quitting smoking, eating heart-healthy foods and taking their medications, she speculated.

The authors of the study also hypothesized that younger women may be juggling numerous responsibilities, including caring for children and sick family members, and working, Goldberg said. She noted that doctors need to be more proactive in assessing women's stress levels, anxiety and depression.

"Our job as physicians is to not only take into account a person's physical health, but also to consider someone's emotional health, which is important for optimum cardiovascular health," Goldberg said.