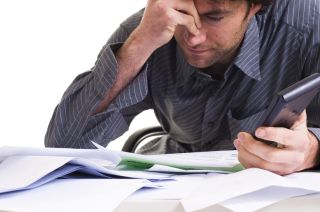 Mental stress at work may increase the risk of stroke, a new study says.

The results show that among men in middle and high social classes, those who experienced psychological stress at work were about 1.4 times more likely to have a stroke than others who did not.

All in all, that means about 10 percent of strokes in this group can be attributed to work stress, the researchers said. The rest of the strokes were related to other risk factors, such as smoking, high blood pressure and diabetes.

The findings are based on information from nearly 5,000 men ages 40 to 59 living in Copenhagen, whom researchers surveyed in 1970 to 1971 and followed for 30 years (until 2001). The men were given a physical exam and answered questions about their alcohol consumption, smoking habits and if they received treatment for diabetes. Men were not included in the study if they had a history of heart disease or a heart attack.

Researchers asked, "Are you under psychological pressure when performing your work?" and the men responded with “rarely" or "regularly."

During the study period, 779 men suffered a stroke, and 167 died from one.

The participants were divided into five groups based on social class, which took into account education level and job position.

No link was found between psychological stress at work and men in the two lowest classes.

Among men in the three highest classes, the risk of stroke increased 38 percent among those who reported experiencing stress at work regularly, compared with those who reported it rarely, the researchers said. The risk was most significant for younger men, likely because these men were exposed to work stress for a longer period. (Men who were among the oldest at the start would have retired shortly after the study began.)

It's not clear why the link was found only for men in higher social classes, according to the study. It may be that high-status jobs come with increased mental stress. Fewer men in the lower classes reported regular psychological work stress, the researchers said.

The study was published in the December issue of the Journal of Occupational and Environmental Medicine.

Pass it on: About 10 percent of strokes may be due to work stress.