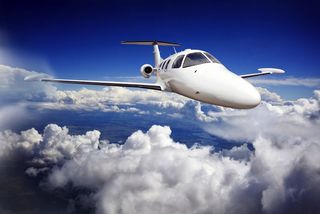 A private plane claimed another life when the famous baseball pitcher Roy Halladay, age 40, died in a plane crash in the Gulf of Mexico today (Nov. 7), according to news sources.

Halladay — an eight-time All-Star who played for the Toronto Blue Jays and Philadelphia Phillies — recently got his pilot's license, and was flying a new Icon A5 just off the coast of Florida before the accident, according to ESPN. But this tragic loss is hardly unusual. Another private plane crashed in Alva, Oklahoma, on Nov. 4, killing both people aboard. In March, a private plane flying from Los Angeles to Aspen, Colorado crashed, killing 18 people.

These high-profile disasters highlight the lingering dangers of private air travel. Though general aviation — defined as all domestic civilian flights except scheduled commercial trips — has become safer since the 1970s, it remains much more dangerous than commercial flight. And, troubling to federal safety experts, the accident rate in general aviation hasn't budged much over the past decade. [5 Real Hazards of Air Travel]

"The message that I've been trying to get out is that while the airline industry has improved their accident rate in the U.S. by almost 80 percent over the last 10, 12 years, the general aviation industry has been flat," said Earl Weener, an aviation safety expert and member of the National Transportation Safety Board (NTSB).

Depending on how the statistics are sliced, private planes may be even more dangerous than the leading cause of transportation deaths in America: cars.

But accident rates in general aviation have stayed stubbornly unchanged over the past decade, Weener told Live Science. The fatality rate hovers just over 1 death per every 100,000 hours, according to a 2010 NTSB report. And while accidents and fatalities are down in corporate and business jet flights, the accident rate in personal flights has increased by 20 percent in the past decade, and the fatality rate for personal flights is up 25 percent.

In comparison, only two people died in commercial plane accidents in 2013, both crew members on a UPS Airlines flight that crashed in Birmingham, Alabama. The fatalities were the first commercial airline deaths on a domestic carrier in three years. (In 2009, Colgan Air Flight 3407 crashed in New York, killing 50.)

In raw numbers, of course, the deadliest transportation for Americans is the family car. Each year, more than 30,000 people die in traffic accidents, compared to the 400 or so who perish in general aviation accidents.

Those raw numbers, however, mean little without context — far more people merge onto the highway each day than take off in a Cessna from a runway. That's where the statistics get a little tricky. The NTSB measures accidents per 100,000 flight hours, while automobile accidents are typically measured in accidents per miles traveled.

"It's apples and oranges in many cases," Weener said.

In other words, take these comparisons with a grain of salt: In 2013, traffic accidents killed 32,719 people, according to the National Highway Traffic Safety Administration (NHTSA). The fatality rate was 1.1 deaths per 100 million vehicle-miles traveled. Assuming an average vehicle speed of 50 miles per hour (a big assumption), the fatality rate for automobiles translates to 1.1 per every 2 million hours.

Taking the preliminary 2013 fatality rate in general aviation of 1.05 fatalities for every 100,000 hours of flight time and scaling it up to 2 million hours gives a comparison rate of 21 general aviation fatalities per every 2 million hours. This suggests that stepping on a private plane is about 19 times more dangerous than getting into the family sedan. [Top 10 Leading Causes of Death]

On the other hand, one might prefer to measure accidents on a per-mile basis, rather than by the amount of time spent in the vehicle. Breaking out the data per mile puts the accident rate of private aviation at one-sixth the accident rate in automobiles, according to the AOPA. Of course, planes cover far more miles per hour than cars, so this information reveals little about per-trip risk.

There is another uncertainty in the data, no matter how you slice it: It's not known just how many miles and hours private planes actually fly. The flight hours used are recorded from Federal Aviation Administration (FAA) surveys, which just a fraction of private pilots take, according to the NTSB. The organization acknowledges that the FAA registry for administering the survey is outdated and spotty. Some experts, including Robert Goyer, a pilot and the editor of Flying Magazine, say the federal numbers are a good estimate. Others disagree.

"Some observers think pilots are flying a lot less," Goyer told Live Science. If those observers are right, the accident rate per hour would be higher than reported.

The majority of general aviation accidents ultimately come down to pilot error, according to NTSB statistics. The agency is now focusing on making private flight safer by addressing one of the biggest categories of accident: loss of control.

It's a broad category, describing any crash in which the pilot loses control of the aircraft and can't wrest it back before hitting the ground.

"It's generally a stall/spin kind of situation, without the altitude necessary to recover," Weener said. One example might be a pilot who loses the engine of a single-engine plane on takeoff and decides to try to circle back to the airport to land, only to stall instead. Another situation might be if a pilot makes the turn to approach for landing too slowly, stalling out at a low altitude and sending the plane into an unrecoverable spin.

Another example, Goyer said, is what's known in aviation lingo as "VFR into IMC" — Visual Flight Rules into Instrumental Meteorological Conditions. In essence, a pilot not qualified to fly by his or her instruments alone flies into cloudy weather or another low-visibility situation and ends up flying blind. [Weirdo Weather: 7 Rare Weather Events]

Compared to commercial flights, private aircraft lack safety features and redundancies, including co-pilots, backup systems for navigation information and extra engines. (Losing an engine on a single-engine craft is obviously a lot worse than losing one on a twin-engine plane, Goyer said, and there are essentially no single-engine commercial planes in flight.)

Private pilots are required to complete training and proficiency checks every two years, but those requirements are minimal, Weener said. Instead, he recommends annual training, with particular focus on a pilot's weak points. The more-strenuous training requirements for corporate jet pilots might help explain why business flights are safer than personal flights, Weener added.

Technological advances could also help make personal flights safer, Goyer said. New planes on the market have safety features that pilots could only dream of decades ago.

"There are computerized displays in many of the small airplanes that are flying around today with improved reliability and improved redundancy, and new safety systems that will tell you when you're too close to the terrain or if there's other traffic nearby," he said.

The NTSB is now taking the methods used to bring commercial airline fatalities down to near zero and bringing those solutions to bear on the general aviation community, Weener said. Most of these are voluntary safety enhancements, such as providing more information to the plane's cockpit instruments about the craft's positioning during landing. Accidents involving prescription or nonprescription over-the-counter medications have led to FAA alerts to private pilots about flying on meds. And Weener and his colleagues are encouraging pilots to focus on their skills and risk management.

It's a message that seems to resonant in the general aviation community.

"To say we learn from accidents is a vast understatement," Goyer said. "We learn so much from studying accidents that it is an absolutely critical part of the safety picture in general aviation."

Organizations such as the IMC Club are striving to create safer pilots by organizing local meetings dedicated to teaching instrument flying. To further drive down the accident and fatality rate among private aviation enthusiasts, it will take a "multifaceted approach," Goyer said.

"There isn't an easy answer," he said. "It involves pilots understanding the risks and then flying their aircraft in ways that avoid those risks."