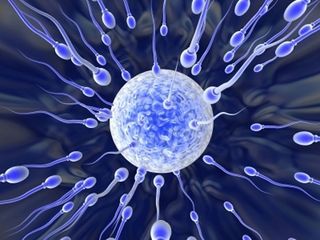 More and more couples are using a specialized in vitro fertilization (IVF) technique, but the more expensive procedure does not appear to improve pregnancy rates or birth rates more than traditional IVF methods do, a new study suggests.

The study looked at the use of a procedure called intracytoplasmic sperm injection (ICSI), in which clinic workers fertilize an egg cell by selecting a single sperm cell and then injecting it through a tiny needle directly into an egg cell. In contrast, traditional IVF involves a simpler process: mixing the egg and sperm together in lab dishes.

ICSI was introduced in the 1990s as a way to treat couples whose infertility was the result of a man's very low sperm count or other abnormalities with his sperm. But the procedure has increasingly been used for couples with normal semen characteristics, in hopes of better pregnancy outcomes, even though some guidelines say there is not enough evidence to support the routine use of ICSI for couples without male-related infertility, according to the study's authors, who are researchers at the Centers for Disease Control and Prevention.

ICSI is also "considerably more expensive than conventional IVF, and adds to financial burdens already experienced by many couples undergoing fertility treatment," the researchers wrote in the Jan. 20 issue of the Journal of the American Medical Association. [Egg Freezing: 5 Things You Need to Know]

In the new study, the researchers analyzed more than 1.3 million cycles of IVF performed in the United States that involved fresh (as opposed to frozen) embryos, between 1996 and 2012. During this period, the use of ICSI doubled, from being used in 36.4 percent of all fresh IVF cycles to 76.2 percent of cycles, the study found.

The greatest increase was among couples without specific male infertility problems (such as couples with unexplained infertility, low egg yield or those in which the woman was age 38 or older). Among these couples, the use of ICSI increased from 15.4 percent in 1996 to nearly 67 percent in 2012.

Among couples who had male infertility, the use of ICSI did appear to improve fertilization rates, but there was no difference in the rates of pregnancy, miscarriage or live births compared with traditional IVF, the study found.

But for couples without male infertility, those who used ICSI had slightly lower rates of pregnancy and live birth than those who used traditional IVF. However, these differences were so small (around 2 to 3 percentage points) that it's not clear if they are clinically meaningful, the researchers said.

Still, the researchers said their findings "suggest that use of ICSI may improve fertilization rates but not implantation or pregnancy rates in the setting of unexplained infertility, advanced maternal age and low oocyte [a cell from which an egg develops] yield."

The study was not able to look at outcomes for frozen eggs, for which there is some evidence that ICSI may be more beneficial than traditional IVF, the researchers noted.