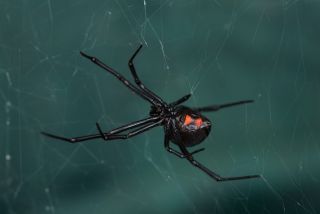 Toxic spiders have a terrible reputation. Yet even though deadly spider bites are regular fodder for scary stories, spider experts say it's actually quite rare for anyone to suffer serious injuries from the world's deadliest spiders.

There are more than 40,000 species of spiders, almost all of them venomous, but only a few are known to produce venom that is toxic to humans.

Thanks to antivenin and good medical care, deaths from spider bites have steeply declined since the 1950s, according to records kept by national poison control centers. Changes in how people live have helped, too. For example, in the United States, the switch to indoor plumbing sharply cut black widow bites. That's because men using outhouses were often bitten on the penis or scrotum, where the thin skin and abundant blood vessels meant venom quickly entered the body, a doctor reported in 1942 in the Annals of Surgery.

"People think every spider bite is deadly, but the ones you hear about are the tragic ones," said Richard Vetter, an arachnologist and retired research associate at the University of California, Riverside. "It's like car accidents. Most car accidents are not remarkable, and most spider bites are not that big of a deal." [Creepy, Crawly & Incredible: Photos of Spiders]

Vetter devoted several decades of his career to publishing reliable information on spiders for non-experts.  He recently addressed the mistaken beliefs surrounding the world's deadliest spiders in an essay published on The Conversation. Here, Live Science has edited and condensed an interview with Vetter on spider myths and misconceptions.

Australia's funnel web spiders are probably the most toxic spiders to humans. Their bites can kill adults in 24 hours without treatment and are even more lethal in children. Symptoms typically start in less than 10 minutes. "They've got a wallop," Vetter said.

The intensely painful bites jam the body's communication network, including signals that control the heart and lungs. However, no one has died from a funnel web spider bite since 1981, when antivenin was developed, an Australian study reported in 2005. The glossy black spiders live within the Sydney urban area and along the southeastern Australia coast.

Three species of Phoneutria spiders found in Brazil are potentially deadly, but according to Vetter, the spiders are rarely found outside the country, despite stories of the creatures infesting banana shipments. Rather, the hairy, red-faced banana spiders are often victims of mistaken identity, he said. That's because the harmless Cupiennius species, found in Mexico and Central America, strongly resembles its lethal relative. This nonlethal spider sometimes hitches a ride in bananas bound for export, scaring workers who open the shipments. Vetter has documented several mix-ups by spider experts (who weren't familiar with either species) in a study published September 2014 in the Journal of Medical Entomology.

The deadly Phoneutrias rarely leave Brazil, Vetter said. The most dangerous and toxic species, P. fera, is only found deep in the rainforest (far from banana plantations). Two other Phoneutria species live in eastern Brazil, and their bites cause mild to no symptoms in 80 percent of adults.

Widow spiders are a global group, with 32 species recognized worldwide. In the United States, people rightly feared black widow bites before antivenin was developed. About 5 percent of bites were fatal, but now, black widow deaths are rare. Between 2000 and 2008, there were more than 23,000 black widow bites reported in 47 states and no deaths, according to statistics kept by the American Association of Poison Control Centers.

Brown recluse spiders are another globetrotting spider species native to North America. Most commonly found in the Southeast and Midwest, their bites are rarely fatal. And only about 10 percent of recluse bites become skins lesions because the venom destroys the capillaries that supply blood and oxygen to skin cells. Without blood, the skin dies.

Beginning in the 1990s, physicians started blaming brown recluse spiders more often when patients turned up with mysterious festering sores. The misdiagnoses emerged at the same time as community-associated Methicillin-resistant Staphylococcus aureus (MRSA), a strain of staph bacteria that is resistant to antibiotics. (Cancer and several other diseases can also cause skin problems that resemble spider bites.) Many of these cases were in states where brown recluse spiders are rarely found.

Vetter first showed that medical diagnoses of brown recluse bites greatly outnumbered the actual number of spiders in a 2003 study published in the journal Toxicon. In the decade since, the medical mistakes have dropped, Vetter told Live Science. This shift is partly due to growing awareness of MRSA among physicians, he said.

However, people can die from encounters with a brown recluse because there is no antivenin available in the United States. In less than 10 percent of cases, the venom triggers a devastating and massive breakdown of red blood cells. This systemic reaction is more common in children, and seems to vary by Loxosceles spider species, a 2011 Lancet study reported.

An antivenin is available in Brazil for a recluse spider species, but its production causes the early death of thousands of horses and spiders. Research groups are trying to develop a synthetic alternative.