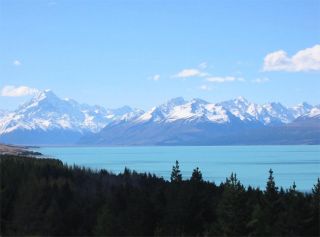 An arctic lake in a national park in New Zealand.
(Image: © stock.xchng.)

As space shuttles zip into orbit and telescopes peer out at other worlds, Earth itself remains a mystery in many basic ways.

In an attempt to remedy that, a panel of geologists and planetary scientists announced this week the top 10 questions about our planet that linger today, which have strangely baffled humanity and researchers for hundreds of years and longer.

"We have to look to the past and ask deeper fundamental questions about the origins of the Earth and life, the structure and dynamics of planets, and the connections between life and climate, for example," said panel chairman Donald DePaolo, a University of California at Berkeley geochemist.

The panel canvassed geologists and deliberated at length to arrive at the focus on these questions:

1: How did Earth and other planets form? Scientists are perplexed by how and why the planets formed into such distinct bodies, with only our rocky orb supporting life (as far as we know).

2: What happened during Earth's "Dark Age," or the first 500 million years after it formed? Understanding Earth's early development would explain how the atmosphere and oceans developed. One difficulty: Few rocks from then are preserved, meaning little concrete evidence.

3: How did life begin? In addition to rocks and minerals here, scientists are also probing Mars, where the sedimentary record of early planetary history predates the oldest Earth rocks.

4: How does Earth's interior work, and how does it affect the surface? Scientists want to figure out more about the past and future of the constant convective motion of Earth's mantle and core, which triggers volcanism, mountain building and seafloor formation.

5: Why does Earth have plate tectonics and continents? Scientists wonder why Earth has plates, constantly on the move, and how closely tectonics are related to the abundance of water, continents, oceans and life.

6: How are Earth processes controlled by material properties? The big movers and shakers on Earth, including plate tectonics, arise from the atomic structure and other properties of Earth materials, so scientists want to know more about these properties.

7: What causes climate to change – and how much can it change? Deeper study of the history of Earth's climate could help scientists predict the magnitude and consequences of today's climate change.

8: How has life shaped Earth – and how has Earth shaped life? The interactions between geology and biology are key to understanding life's role in injecting oxygen into the atmosphere, mass extinctions and the course of evolution.

9: Can earthquakes, volcanic eruptions and their consequences be predicted? Scientists still don't know how fault ruptures start and stop, and how magma moves beneath Earth's surface.

10: How do fluid flow and transport affect the human environment? Scientists are unclear about how fluids move underground. More knowledge about this will help with management of natural resources and the environment.

The report was requested by the U.S. Department of Energy, National Science Foundation, U.S. Geological Survey, and NASA.