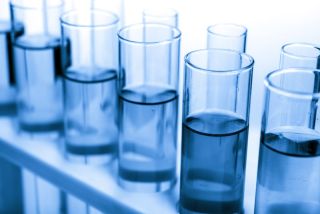 Is the federal government spending hundreds of thousands of hard-earned taxpayer dollars to gamble with monkeys and teach tiny sea creatures how to synchronize-swim?

Those are the charges leveled in Oklahoma Sen. Tom Coburn's annual "Wastebook," released Wednesday (Oct. 22). Each year, Coburn and his staff pick out government-funded projects — many science-related — that they declare a waste of resources.

"Wastebook does not question whether the studies are within the realm of basic science but rather if they are groundbreaking enough to warrant taxpayer funding over other priority research, such as Ebola or ALS, or incurring increased debt," a spokesperson from Coburn's office told Live Science in an email. "The write ups provide the intent of the research and often quote from the grand recipients themselves and their studies with links to the original sources."

But the exploration of the projects in the Wastebook lacks nuance. That synchronized-swimming sea monkeys' study? Actually an early attempt to understand how the movements of tiny aquatic organisms called plankton might add up to influence circulation patterns in entire oceans, an understanding that could, in turn, matter for everything from climate changeto how plastic pollution floats on ocean currents. And those gambling monkeys? Not a game, but a way to study the evolutionary basis of human cognition. [Marine Marvels: Spectacular Photos of Sea Creatures]

"The goal of this project is to understand how specific computations performed by nerve cells (neurons) in our brains lead to decisions that are flexible and adaptive: in short, intelligence," a university spokesperson wrote in a statement sent to Live Science.

The "gambling monkey" project, like many targeted by Coburn, was funded by the National Science Foundation. The NSF is tasked with funding basic science research, studies that may not have immediate application and thus rarely get funding through private channels. The NSF has an annual budget of about $7 billion, about 0.18 percent of all annual federal spending. According to the White House Office of Management and Budget, about 1 percent of proposed total federal spending in 2015 will go to science.

Scientists defended the need for this slice of federal funding.

"It is unfortunate and sad that public safety and well-being is being threatened by politicians' hasty efforts to promote their political agendas," said Willoughby Britton, a professor of psychiatry at Brown University whose research was targeted by Coburn.

Government spending is a frequent subject for Coburn, a conservative Republican who has held a Senate seat since 2005. In 2011, the senator made headlines with a special report, "The National Science Foundation: Under the Microscope," which claimed that the agency had spent millions of dollars on frivolous projects like putting shrimp on a treadmill. That experiment was actually part of a larger project to understand how marine animals will respond to changing ocean conditions.

The animal-on-a-treadmill trope appears again in 2014's Wastebook, in the criticism of a study published on Oct. 3 in the journal Science, which used GPS-enabled collars to track energy expenditures of mountain lions in the wild. Because the researchers had to calibrate the wild cat data by observing animals in the lab, the Wastebook decries the research as spending $856,000 to train mountain lions to run on treadmills.

"The grant is a large collaboration of engineers, ecologists and myself for the collar development," Williams said. "It includes graduate students, postdoctoral students and research assistants. No part of my salary or lion care was paid [using] this — it was all donated." [Best Supporting Role: 8 Celebs Who Promote Science]

The collar itself is an innovation that not only tracks an animal's location, but also its behaviors and energy expenditures, Williams said. That information is important for wildlife management, because large wild mammals and humans are frequently in competition for land and water.

"Animals generally lose in these conflicts — witness the rapid decline in large mammal populations," Williams wrote in an email from Antarctica, where she is conducting fieldwork. Understanding mountain lion energy expenditure can help conservationists figure out how to configure protected spaces to give the cats what they need to survive while minimizing conflicts with humans and livestock.

"NSF represents the only basic biological agency to conduct this work.  I give them credit for supporting creative thinking to solve problems and taking risks in the face of politicians," Williams said.

Compared to previous years, the 2014 Wastebook makes a stab at transparency: Rather than describing single experiments as costing hundreds of thousands of dollars, Coburn's staffers typically acknowledge that the studies they criticize are part of years-long grants, and that the lump sum was not spent all at once. That's an improvement on earlier reports by Coburn's office. In 2011, for example, the senator's office claimed that the National Science Foundation spent $480,000 on a study to determine "if boys like trucks and girls like dolls." In fact, the study researcher told Live Science at the time, the money was a multiyear grant to study whether testosterone levels in early infancy contribute to behavioral development, including whether the hormones influence disorders such as autism.

But in its haste to dismiss basic research as frivolous, the Wastebook often ignores the broader implications of the studies it criticizes.

In one example, the report casts a harsh eye on two studies on Buddhist meditation, claiming that the researchers examined "effects of meditation not from scientific analysis, but from reading Buddhist texts." That is a major misrepresentation, said study researcher Jared Lindahl, a visiting professor of religious studies at Brown University.

"In short, we are using science to explain Buddhism, not the other way around," Lindahl said.

The point of all of this is to investigate the $4 million-a-year meditation industry in the United States, said study researcher Willoughby Britton, a professor of psychiatry at Brown University Medical School and behavioral science at the Brown University School of Public Health.  The National Institutes of Health (NIH), which funded the project, is concerned about untested claims by alternative therapy practitioners that promise huge health and wellness benefits from practices like mediation, Britton wrote to Live Science.

"In other words, what Senator Coburn considers a waste of taxpayers' money is scientific research dedicated to promoting public safety and protecting taxpayers from wasting their money on unjustified claims or products," Britton said.

Editor's Note: This story was updated to add comments from Senator Coburn's office.