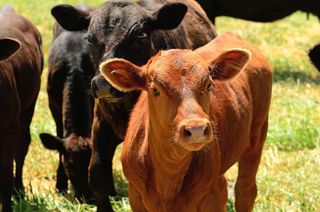 Sen. Tom Coburn (R-Okla.) released his annual "Wastebook" on Tuesday (Dec. 17), listing 100 government-funded projects he sees as wasteful. Some of the listed expenditures are political in nature, such as a criticism of the money spent to develop the Obamacare website (Coburn is one of the most ardent opponents of the Affordable Care Act). Others target military spending or federal boosts to individual industries, such as winemakers or fruit-growers.

Nearly a quarter of the projects on the list, however, are science-related. Coburn has criticized science research before, most notably in a May 2011 report that targeted National Science Foundation-funded projects. Unfortunately, Coburn and his staff frequently oversimplify the research in their zeal to criticize spending. For example, the 2011 report decried one project as researching whether girls like dolls and boys like trucks. In fact, the study examined the effects of hormonal disruptions on development, including disorders such as autism. A similar pattern appears in the 2013 Wastebook.

"They twisted it," said Chuck Rice, a soil microbiologist at Kansas State University and a researcher on a project cited in Coburn's new report. [6 Politicians Who Got the Science Wrong]

NASA comes under particular scrutiny in the 2013 Wastebook. The space agency has a budget of about $17 billion a year, and represented 0.48 percent of the federal budget in 2012. In the 1960s, when the space race was at its peak, NASA funding represented as much as 4.4 percent of federal spending.

One project criticized by Coburn is NASA's Countermeasure and Functional Testing Study, a project the senator describes as paying people to "lie in bed all day."

Well, sort of. In fact, the Countermeasure and Functional Testing study is part of NASA's long-term bed-rest research that seeks to mimic the antigravity environment of space on Earth — by positioning participants in bed, head tilted slightly downward, day in and day out. This particular project is a 70-day study to test whether exercise can help stave off the loss of muscle and bone that occurs in microgravity. The findings are important both for the health of astronauts doing long stints aboard the International Space Station and for future spaceflight missions.

Participants in the study not only engage in intense exercise daily; they also have to undergo a battery of tests and typically participate in other medical studies at the same time, all while lying in bed, NASA researchers told the Houston Chronicle in September. After 70 days in bed, patients need two weeks of rehab in order to walk safely again. Coburn's report cites the Houston Chronicle article, but leaves out any information regarding the rigors of the experiment or the potential benefits to medicine on Earth.

Another NASA project under fire is a $125,000 grant for "intergalactic planetary pizza tasting." The goal of this project is to develop shelf-stable, palatable, 3D-printed foods for a mission to Mars, but the researcher behind the project, Anjan Contractor, hopes that 3D-printing technology will eventually help supply food to a rapidly growing population on Earth, he said in May. [Space Food: What Astronauts Eat]

Coburn criticizes both projects, as well as several other NASA efforts, for being focused on a mission to Mars, arguing the agency is nowhere near launching such a journey. But NASA has to take the long view, said Michael Halpern, the program manager of the Center for Science and Democracy at the science advocacy group Union of Concerned Scientists.

In some cases, Coburn and his staff seem to single out studies less for their supposed uselessness and more because they just sound weird. A minuscule $15,000 grant to the Rich Earth Institute funds a study on using sanitized urine as fertilizer. Coburn's report goes as far as to list a series of studies on turning waste into something worthwhile before dismissing the line of research because of "the 'ick' factor," he said.

Another U.S. Department of Agriculture effort to turn manure from a dairy farm into a powerhouse for the farm's electricity gets a similarly shallow treatment that ignores the influence of methane from manure as a greenhouse gas that contributes to global warming.

Cattle are at the center of another USDA grant that comes under Coburn's scrutiny. The total grant is worth $19.5 million, but Coburn's report focuses on a $9.6 million portion going to six institutions as part of a study "combating climate-induced bovine weight loss," according to the report.

Not so much, said Kansas State's Rice, one of the study researchers. The Coburn report conflates the USDA grant with a separate study on the effects of climate change on cattle and bison. The actual project actually deals with drought and extreme weather, which cause hardship for cattle farmers every year. The goal of the large USDA study is to develop more weather-resilient grazing systems for beef cattle in the southern plains, Rice told LiveScience.

"The last couple of years with all the drought and heat, people were shipping their cattle up north," Rice said. "If you develop a system that's more resilient, then they wouldn’t have to sell their cattle prematurely or ship them to a region that is less affected by the drought." [8 Ways Global Warming Is Already Changing the World]

That might not be so frivolous, considering that beef is a $44 billion-a-year business in the United States, according to the National Cattlemen's Beef Association. Coburn's report calls out the project for including a sociologist as one of the main researchers, but ironically, the sociology component is what ensures the findings from the project reach the ranchers who need the information most, Rice said.

Cows aren't the only animals that get a short shrift in Coburn's report. A $150,000 National Park Service study tracking mountain goats gets the "tee-hee" treatment, because goats are attracted to urine from hikers. The study is arguably less funny considering that goat-human encounters are up, and that an aggressive ram chased down and gored an experienced hiker in Olympic National Park, Wash., in 2010, standing over the man as he bled to death. [Photos: The 10 Most Visited National Parks]

Coburn also criticizes NASA funding for a study on how climate change affects the migration of red crabs on Christmas Island in the Indian Ocean.

"This knowledge about red crabs will likely be useful in very few places in the universe. The crabs certainly will not be found in Mars, or even any other earthly location," Coburn writes.

Perhaps not, but the crabs are a test case for how global warming will alter the migration of tropical species, according to a Princeton University news release on the study — and Earth science is under the umbrella of NASA's mission.

"The grants this year seem to be a little less dramatic," compared with previous years, said the Union of Concerned Scientists' Halpern. "Maybe scientists are becoming better at describing their work, because it looks like they really had to dig deep to find grants that sounded rather unusual."

No researchers contacted by LiveScience were aware that Coburn's office had targeted their studies.

"I'm sure that many scientists would be eager to explain to the senator the importance of their work," Halpern said.

While the role of government spending is up for political debate, money for science has only tightened in recent years. Rice's multiuniversity study on cattle grazing, for example, won funding only after an extremely rigorous application process that involved review by outside scientists and a five-hour presentation to a USDA panel, Rice said.

"Overall, scientific grants are really more competitive now than they've ever been before," Halpern said. "Those that are funded go through a rigorous review process and tend to be the cream of the crop."

The situation is similar at the National Endowment for the Humanities (NEH), which Coburn called out for funding a project "subsidizing the promotion" of the romance novel industry. That's not the goal of the Popular Romance Project, said project director Laurie Kahn.

In line with the NEH goal of promoting scholarship in the humanities, the project includes a website, a film and a conference, Kahn said. Romance is often considered trivial, because romance novels are written "by women, for women," she said; but tales of romance and courtship show up across history in every culture.

Coburn's staff defended the Wastebook by saying that the senator supports science, and is not calling into question the "validity or value of the science," simply whether it should recieve federal funding.

"If a study that received funds would be seen by the average person as questionable or lower-priority it is considered for inclusion in Wastebook," said Coburn spokesman John Hart, adding, "if you don’t want your research to be questioned, don’t ask for federal funds."

"These reports are always about flipping through the titles and finding things to smirk at," she said.

Editor's Note: This story was updated at 3:45 p.m. to add comments from Sen. Coburn's office that came in after deadline.