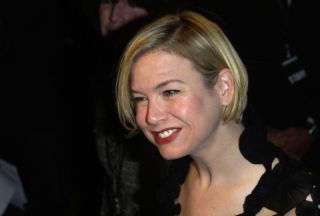 This photo of Renee Zellweger was taken in 2002, at the Los Angeles premiere of the movie Chicago.
(Image: © Featureflash/Shutterstock.com)

Photographs of actress Renée Zellweger at the Elle magazine's Women in Hollywood awards this week, showing her dramatically different appearance, have sparked the Internet's interest.

The 45-year-old actress looked almost unrecognizable to fans who know her best from her earlier movies such as "Jerry Maguire" and "Bridget Jones's Diary." But two cosmetic surgeons told Live Science that Zellweger's transformation could be the result of relatively minor procedures, as well as weight loss and normal aging. (Zellweger herself has attributed her changed appearance to lifestyle changes and natural aging.)

Zellweger looks so different because her most distinctive features are the ones that changed dramatically, said both Dr. Michael C. Edwards, the president of the American Society for Aesthetic Plastic Surgery, and Dr. Stuart Linder, a board-certified plastic surgeon in Beverly Hills, California. [7 Plastic Surgery Myths Revealed]

It doesn't seem likely that the actress had an invasive surgery, such as a mini-facelift, done, Edwards said. Still, "it's a pretty remarkable change," he said.

The biggest difference in Zellweger's appearance is around her eye area, Edwards said. The actress always had very distinctive, heavy eyelids.

"That's what made her Renee Zellweger," Edwards told Live Science.

But in the recent pictures, her eyelids look like they contain less fat, and the brows look a little bit lower, Linder said. "The face looks fuller in the lower third, and the eyes have totally changed what they originally looked like," he said.

"I feel that her brows are positioned differently," Linder told Live Science. Compared with images from just a year ago, "The lateral brow is lower than it was in previous photos."

A procedure that removes excess skin from the upper eyelids can sometimes make the brows fall, Linder said. "Some would say that may be a telltale sign of an upper-lid operation called a blepharoplasty," he said.

It's also conceivable that Zellweger had fat pads under her lower lids removed, in a procedure called an inner-eyelid blepharoplasty, Linder said.

Another area that looks different is her jawline, Linder said. It's possible the actress had her jawline plumped with a cosmetic filler such as Juvéderm, he said. Another way to round out the jawline is to have fat grafted onto the folds around the jaw, a more permanent procedure, he said. [Smile Secrets: 5 Things Your Grin Reveals About You]

However, some of the changes in Zellweger's face could be the result of natural aging and weight loss, Edwards said.

Women's faces naturally tend to elongate as they age, and the actress's face does appear to be slimmer and longer, Edwards said. Since Zellweger has clearly has slimmed down, weight loss could have accentuated that facial elongation, he added.

Doctors sometimes put fillers or implants into the cheekbones, and although Zellweger's cheeks do appear more prominent now, they are not obviously altered, Edwards said.

"I don't think it's as though she had a bunch of implants under her cheeks. That doesn't appear to be what happened," Edwards said.

But Linder said he thought the changes around her cheekbones could be the result of a cosmetic procedure.

"Her cheeks are pretty prominent, and often cheeks that are prominent as we age do well with volume enhancement such as Juvéderm " Linder said.

The actress's forehead also looks fairly soft, which could be the result of a minor injection of the wrinkle-smoothing agent Botox, or conceivably, the result of a healthier, more relaxing lifestyle, Edwards said.

If she has had a Botox injection, the effects are "quite subtle," he said.

If anything, Zellweger's new appearance is probably the result of relatively minor cosmetic procedures, the doctors said. But because it is her most striking features that seem to have have changed most dramatically, her face seems completely transformed, they said.

Most people who have cosmetic surgery are seeking a more youthful appearance, but still want to look like themselves. So a good rule of thumb is to undergo temporary procedures that wear off, before committing to something permanent, Linder said. (A 2013 study in JAMA Facial Plastic Surgery has shown that, while cosmetic surgery can make people look younger, it doesn't make them more beautiful.)

"Make sure to do something like Botox and Juvéderm first. Make sure you're happy with that, before you do anything permanent like fat grafting," Linder said.

It's also important to see a board-certified surgeon whose main priority is safety, Edwards said.