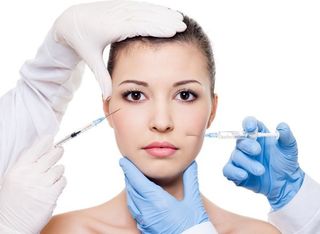 A face-lift or eyelid lift may make you look slightly younger, but not any more attractive, a new study suggests.

In the research, patients who'd had facial cosmetic surgeryto correct signs of aging were rated as looking three years younger, on average, than they did before their operations. However, they were not rated as looking any more attractive.

The researchers conducted the study to try to objectively quantify improvements in attractiveness after surgery, which are often subjective and based on anecdotal reports.

However, Zimm stressed that the question of increased attractiveness after plastic surgery requires further research. The new study was quite small, and a larger investigation may show a significant difference in attractiveness scores before and after surgery. And because the study focused on plastic surgery for aging, it excluded patients who'd had nose jobs or non-surgical lip or winkle injections, the researchers said.

In the study, raters recruited from the community examined photos of 49 patients ages 42 to 73 who had undergone facial cosmetic surgery. The raters were asked to guess the age of the person in the photo, and rate that person's attractiveness on a scale of 1 to 10. No rater saw both the before and after photographs of the same patient.

An earlier study found that face-lift and neck lift procedures— either by themselves or with additional eyelid surgery — take about seven years off a person's age. The new study may have found a smaller difference in perceived age before and after surgery because this research included patients who'd had less extensive surgery, such as eyelid surgery alone or a brow lift alone, the researchers said.

To be included in the new study, patients had to have photographs on file that were taken at least six months after their surgery. This may have excluded some patients who were very happy with their results and did not come back to the doctor, Zimm said.

The study is published today (Aug. 1) in the journal JAMA Facial Plastic Surgery.