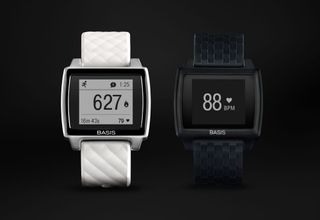 A new version of the Basis fitness tracker called Peak — which features a new design, improved heart rate monitoring and some smartwatch capabilities — will be released in early November, the company announced today (Sept. 29).

Some notable differences in the new tracker are its touch screen and its continuous time of day display.  In the previous version, called Basis Carbon Steel, users had to press side buttons to interact with the screen, and the screen turned off when it was not being used.

The Peak also features a new, more "breathable" silicon strap, and, unlike its predecessor, the new tracker is waterproof, so you can take it swimming.

The Basis Peak also includes more powerful optical sensors that can track your heart rate during exercise, without a chest strap. This update brings the Basis in line with other fitness trackers that track heart rate during exercise, like the Samsung Gear Fit and the upcoming Apple Watch. The previous version of Basis could monitor heart rate continuously, but it lost accuracy during high-intensity activity like running, and so it was not meant to be used for this purpose.

Finally, the Basis Peak will include some smartwatch capabilities, such as the ability to receive notifications for incoming calls and texts. However, these features will not be available right away — they will be included in a future software upgrade, the company says. [Fantasy Fitness Tracker: 8 Absolutely Must-Have Features]

The new Basis will still be able to automatically detect when you're walking, running, biking or sleeping, and it includes sensors that track perspiration and skin temperature. The Peak will also have the same "healthy habits system" of the earlier Basis trackers, which aims to get people to incorporate small changes into their life, like sitting down less during the day.

Despite adding new features that would seem to use additional energy, the Basis battery life still lasts up to four days, the company says. The Peak will cost $199, the same price as its predecessor at launch. (Basis will no longer sell the earlier versions of its tracker, the Carbon Steel and B1).

The Basis app is available for iOS and Android.

The Basis Carbon Steel got higher marks than any other tracker we reviewed for Live Science.