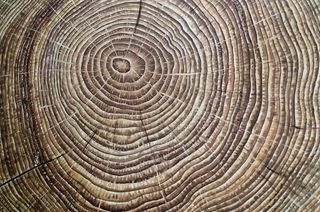 Ocean currents that deliver important nutrients to shallow, coastal waters have become weaker and more variable over the last half-century, which could affect fish and other marine animals that nourish themselves in these nutrient-rich waters, according to a new study.

Data records spanning almost 600 years have shown that the strength of coastal upwelling off the west coast of North America has become more variable since 1950. Researchers pieced together this long-term look at ocean trends from an unlikely source: tree rings.

Coastal upwelling happens when winter winds lift deep, nutrient-rich waters up to the shallow layers of the sea. These nutrients fuel phytoplankton growth in the sunlit surface waters. Since 1950, California has experienced more winters with weak coastal upwelling than in the last five centuries. Researchers found that years with weak upwelling were associated with slower growth in fish populations and lower reproduction rates for seabirds, the researchers said. [In Photos: The Wonders of the Deep Sea]

But the weather pattern that causes the coastal upwelling also blocks storms from coming ashore. This causes drought and stunts the growth of trees. Blue oak trees along the California coast are particularly sensitive to winter precipitation, Bryan Black, assistant professor of marine science at the University of Texas at Austin, told Live Science.

Trees grow a new ring every year. By looking at a cross-section cut through the bark of a tree, scientists can count up the rings and determine a tree's age. Differences in the ring sizes reveal good seasons and bad seasons, with a thick ring signaling that the tree had a good growing season. The researchers found an inverse relationship between tree growth and the well-being of the marine ecosystem, Black explained.

Coastal upwelling happens during the winter when a strong, high-pressure weather system develops along the west coast of the continent. The system spins clockwise and brings in winds from the north. That spin combines with the rotation of the Earth to move the waters off shore and stir up clouds of nutrients. Phytoplankton at the surface rely on this seasonal influx of nutrients. These organisms are the backbone of the marine ecosystem and support huge populations of fish and seabirds.

Some variation in coastal upwelling from year to year is normal, but most direct data records don't go back more than 70 years. This makes it difficult for marine scientists to spot any long-term trends. By studying tree-ring patterns, however, researchers can piece together a much longer record of how coastal upwelling has changed.

To determine how upwelling influenced marine life, the researchers used data on yearly fish population growth since the 1940s, along with data on seabird egg laying and the survival of baby seabirds since the 1970s. By comparing the tree-ring data to the fish and seabird statistics, the researchers found that years with weak upwelling and lots of tree growth correlated with years when fish and seabird populations suffered.

Based on tree ring measurements taken by David Stahle, a tree ring expert and professor of geoscience at the University of Arkansas in Fayetteville, the team found that four out of the 10 weakest upwelling years in the past 600 years occurred after 1950. Seven out of 10 weakest years have happened since 1850.

Black said it's unclear if climate change is causing the recent high variation in coastal upwelling.

"California climate can be very extreme," Black said. "The 20th century is particularly variable in the context of the last few centuries, but it's not necessarily unique to history."

The upwelling does appear to be linked to the weather pattern El Niño, and climate records have shown El Niño to be unusually variable over the past century. Black said the area has certainly entered a highly variable time, but even a 600-year data record doesn't come close to capturing the whole picture. The recent variation could be part of a larger cycle that scientists can look back far enough to see.

The researchers hope to use climate models to predict future variability in coastal upwelling. Details of the study were published online today (Sept. 18) in the journal Science.