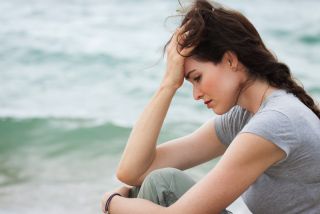 The media plays a constructive role in educating its audience. It is an extremely powerful force in American culture, one that creates awareness and can ultimately have a positive influence, particularly when communicating messages that deal with a very real public health issue — suicide.

With the recent loss of admired actor and comedian Robin Williams, reporters, journalists, bloggers and beloved fans went to the media to express their sincere grief and emotions over this unexpected loss. And although much of the outpouring respectfully highlighted the positive impact Williams had on lives, there were still too many examples that focused heavily on the methods and details surrounding the way in which he died.

The incorrect emphasis on a suicide and the details associated with it, instead of remembering an individual's legacy and promoting suicide prevention, ultimately contributes to suicide contagion.

According to the U.S. Centers for Disease Control and Prevention (CDC), "all studies looking at the sensational reporting of a suicide show that such reporting increases the risk of contagion, or copycat suicide. As approximately 10 percent of suicides in the U.S. are associated with a contagion event, education of reporters in all media is essential to decreasing suicide rates."

To help reduce suicide contagion, the Entertainment Industries Council (EIC) has created Social Media Guidelines and a Journalist Style Guide to counter the stigma, reduce discrimination, and emphasize the importance of meaningful communication.

The guidelines serve as a list of recommendations for media organizations to reference when sharing news and digital content related to public-health issues. This ensures that messages are not only informative but also provide hope, support and assistance, and resources, such as the National Suicide Prevention Lifeline, the Each Mind Matters green ribbon campaign seen at the Emmys and on the PRISM Awards on FX, and the National Association of Broadcasters' OK2TALK.org. Created with support from the California Mental Health Services Authority and Proposition 63, a voter-approved tax also known as the Mental Health Services Act (MHSA), these guidelines are resources for everyone using social media to better communicate about suicide prevention. [Suicide: Statistics, Warning Signs and Prevention]

Studies from the American Foundation for Suicide Prevention (AFSP) and the CDC further stress the need for adhering to social-media etiquettes as provided by the EIC in its Social Media Guidelines. A 2013 study conducted by the CDC stated that suicides have risen over the past decade, standing as the 10th-leading cause of death — greater than the number of lives lost in car collisions.

A compelling study conducted by the AFSP examined the reporting of subway-related suicides in Vienna, Austria. From 1984 to 1987, the coverage of such incidents was dramatic and theatrical. In 1987, a campaign launched to encourage accurate methods of reporting led to an 80 percent decrease in subway suicides, and affected the total number of suicides in Vienna as well.

Overall, accurate media recognition of such issues can serve as a positive instrument of change. Considering that television series, feature films, digital content, music, DVDs and other forms of news media and entertainment content reach millions with each airing or release, it becomes clear that the best way to elevate conversation around mental wellness and suicide prevention is through consistent messaging that promotes help-seeking behavior.

All of us, through our own cognizant actions on social media and in tandem with media outlets that reach vast audiences, can become catalysts for change.

Through proper exposure and communication, the media can decrease stigma, instill hope and encourage those who need help to reach out for support.

Author's Note: To honor and celebrate writers, producers, actors and actresses for their authentic storytelling of mental illnesses, substance use disorders and encouraging suicide prevention, EIC annually hosts the PRISM Awards. This year, the 18th Annual PRISM Showcase premiered on flagship airing partner FX on Sept. 6, 2014, and on PIVOT and RLTV. The program is available online at EICnetwork.tv.

The author's most recent Op-Ed was "Can Social Media Prevent Suicide?" Follow all of the Expert Voices issues and debates — and become part of the discussion — on Facebook, Twitter and Google+. The views expressed are those of the author and do not necessarily reflect the views of the publisher. This version of the article was originally published on Live Science.