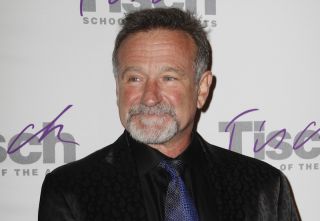 Actor Robin Williams was experiencing the early symptoms of Parkinson's disease before he committed suicide on Monday, according to news reports.

In a statement, Williams' widow, Susan Schneider, said that her late husband had been struggling with the early stages of Parkinson's disease, but was not ready to share his diagnosis with the public, according to USA Today.

"Robin's sobriety was intact, and he was brave as he struggled with his own battles of depression, anxiety as well as early stages of Parkinson's disease, which he was not yet ready to share publicly," Schneider's statement said.

"It is our hope, in the wake of Robin's tragic passing, that others will find the strength to seek the care and support they need to treat whatever battles they are facing so they may feel less afraid," the statement said.

Parkinson's disease causes the loss of brain cells in a part of the brain that controls muscle movement. Symptoms can include tremors, stiffness in the arms and legs, and impaired balance and coordination, according to the National Institutes of Health. [3 Myths About Parkinson's Disease]

Symptoms usually appear gradually, and as the diseases progresses, it can interfere with daily activities, the NIH says. There is no cure for Parkinson's disease, but medications can provide relief from symptoms, the NIH says.

Most people with the condition are diagnosed after age 60, but about 10 percent receive a diagnosis before age 40, according to the National Parkinson's Foundation. Williams was 63.

Some studies have looked at whether there is a link between Parkinson's disease and an increased risk of suicide, but have not found one. A 2007 study conducted in Denmark found that the rate of suicide among people with Parkinson's disease was about the same as that of the general population.

However, a 2008 study found a higher-than-expected rate of suicide among people with Parkinson's disease who had undergone a treatment called deep brain stimulation for their condition. Deep brain stimulation involves surgery to implant a device that sends electrical impulses into the brain. In this study, suicide was more likely in participants who had depression, or who were single. (There are no reports that Williams underwent deep brain stimulation.)

Typically, the treatment is used for people with advanced Parkinson's disease, and is only recommended if patients do not respond to medication.