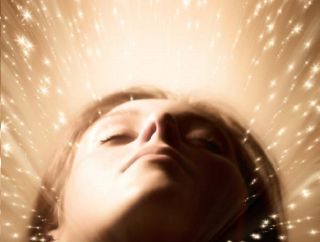 People who have lucid dreams may generally be more insightful than other people, a new study suggests.

In lucid dreams, people are aware that they are dreaming. They sometimes realize this because something in the dream world doesn't make sense. This may mean that lucid dreamers have "insight" into their current states, said study researchers Patrick Bourke and Hannah Shaw, of the University of Lincoln in the United Kingdom.

"They realize that, despite the overwhelming reality, the only explanation must be that they are, in fact, dreaming," the researchers said. [7 Mind-Bending Facts About Dreams]

In the study, the researchers looked at 68 psychology students between the ages of 18 and 25, asking the students how often they experienced lucid dreaming. The participants were also asked to solve puzzles that consisted of three apparently unrelated words, and a solution word that connected them all together. For example, one puzzle had the words sand, mile and age, with the linking word stone.

Performing better in these puzzles could signify stronger insight, because the tasks require thinking outside the box and breaking free of certain preconceptions that may keep people from seeing the solution.

The results showed that, on average, participants who were frequent lucid dreamers solved 25 percent more of the puzzles than people who had never experienced lucid dreaming, according to the study, which was published in June in the journal Dreaming.

"This suggests that the insight experienced during the dream state may relate to the same underlying cognition needed for insight in the waking state," the researchers said.

It's not clear what happens in the brain that makes dreams lucid, or why some people experience lucid dreaming while others don't. The phenomenon appears to be more common among children and young adults.

Lucid dreams often happen spontaneously, but some people have claimed they have learned to control their dreams, and can choose to become lucid. Recently, researchers were able to induce lucid dreaming in sleeping study participants by zapping their brains with a small electrical charge.

Findings from previous studies suggest that people with more strength in certain cognitive abilities may be more likely to have lucid dreams.

"Part of the reason that some people experience spontaneous lucid dreams appears to be linked to them having a particular cognitive strength in waking life," the researchers said.

For example, studies have shown that lucid dreamers are better at extracting information from the context. For example, they perform better in psychological tasks that require finding a simple shape inside a more complex figure.