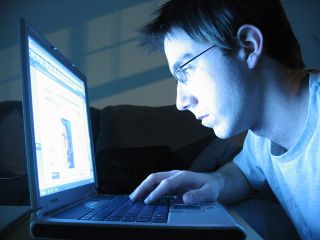 The social networking site of choice is related to a student's race, ethnicity and parents' education, a new survey indicates.

The finding "suggests there's less intermingling of users from varying backgrounds on these sites than previously believed," said study leader Eszter Hargittai of the Institute for Policy Research at Northwestern University in Illinois.

Hargittai surveyed more than 1,000 freshmen from the University of Illinois, Chicago.

Parents' education level was also found to impact choice of social networking site. Students whose parents had college degrees more often reported Facebook and Xanga use compared with students with non-college-degree parents. (Facebook required a valid college e-mail ID when it was first launched, but has since removed such requirements.)

MySpace users were skewed toward students with parents having less than a high-school education than those with even some college experience (with or without achieving a college degree).

In some ways, the results suggest that rather than bringing all walks of life onto a level playing field, the Internet's social networking sites might just be fostering more of the same barriers found in real life.

For instance, college students living with their parents (and are already less connected with other students) were less likely to use Facebook than their on-campus peers.

"Everyone points to that wonderful New Yorker cartoon of the dog at the computer telling a canine friend by his side that 'on the Internet nobody knows you're a dog,'" Hargittai said. "In reality, however, it appears that online actions and interactions should not be viewed as independent of one’s offline identity."

The study is published in the Journal of Computer-Mediated Communication.