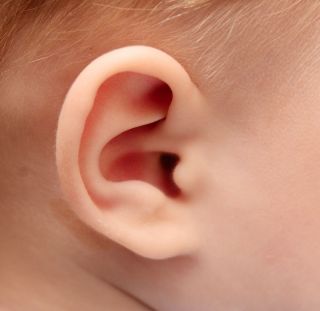 A 10-year-old boy in North Carolina suffered from ear pain and hearing problems for years before doctors were finally able to crack the case: He did not have an ear condition after all, but an underlying disease in the gut.

The boy saw multiple doctors for his ear symptoms, which included episodes of ear pain, bloody ear discharge and problems hearing. He was prescribed eardrops, antibiotics and other medications, but nothing seemed to help, said Dr. Eileen M. Raynor, a pediatric head-and-neck surgeon at Duke University Medical Center who treated the boy.

"It was like swimmer's ear gone crazy," Raynor said. "He was really miserable." The boy was also being treated for the skin condition psoriasis, and had skin lesions on his scalp and other parts of his body.

When the boy arrived at Raynor's center, his ears were red and inflamed, and were leaking pus, and his ear canals were narrow from inflammation. Raynor said she could not see his eardrums because the ear canals were so inflamed and damaged. [16 Oddest Medical Cases]

Doctors put the boy under anesthesia to perform a biopsy of his ear. Results from this biopsy and a second skin biopsy revealed that he had a skin condition that can occur as a complication of Crohn's disease.

Crohn's disease is a condition that causes swelling and irritation in the digestive tract, which can lead to symptoms such as abdominal pain and diarrhea. In rare cases, patients can develop skin disorders, eye inflammation and mouth sores, but nearly everyone who develops these complications has been diagnosed with Crohn's disease before the skin symptoms show up, Raynor said.

Doctors likely didn't suspect Crohn's disease in the child because he did not have any stomach symptoms, except for occasional constipation. "It really wasn't on anyone's radar screen because he didn’t have any GI [gastrointestinal] complaints," Raynor said.

This is the first case that Raynor knows of in which a child with Crohn's disease had ear symptoms, she said. "There was nothing that I could find anywhere that described what we were seeing in this kid."

A gastroenterologist confirmed the Crohn’s disease diagnosis.The boy was given infliximab, a medication used to treat Crohn's disease that blocks a protein involved in inflammation. After treatment, the boy's hearing improved, and he no longer has ear pain or discharge, although his ear canals are still somewhat narrow.

"He is significantly better since he's been on the correct treatment," Raynor said.

It's possible that the child's skin symptoms were also mainly a result of Crohn's disease, but a dermatologist who saw the child said that the child had psoriasis as well as Crohn's, Raynor said.

A report of the case was published yesterday (July 18) in the journal JAMA Otolaryngology–Head & Neck Surgery. Raynor said she wanted the case published so that it would bring awareness to these symptoms as possible complications of Crohn's disease.