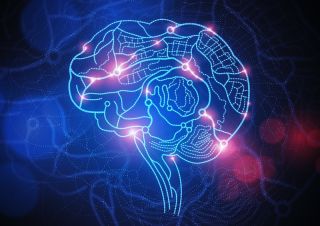 People with so-called "sex addictions" may have patterns of brain activity similar to those of people with drug addictions, a new study finds.

When people in the study who reported compulsive sexual behavior watched pornography, they experienced heightened brain activity in the same regions where activity is heightened during drug use in people with drug addiction.

"There's a large literature that developed over the past three or four decades of how individuals respond to drug abuse, and we wanted to examine within that framework whether we see similarities and differences [to compulsive sexual behavior]," said Dr. Marc Potenza, a psychiatrist at the Yale School of Medicine who co-authored the new study. Although people with sexual compulsive behavior have shown behaviors similar to those of people with drug addiction, the researchers hoped to find similarities in brain activity as well. [Top 10 Controversial Psychiatric Disorders]

Potenza and his colleagues at the University of Cambridge in the United Kingdom showed sexually explicit content, such as pornographic videos, to two groups of people — one group of people who reported compulsive sexual behavior and another group who didn't have such compulsions — and took magnetic resonance imaging (MRI) images of their brain activity. The goal was to see how their brains responded to sexual and nonsexual cues, Potenza said.

The MRI images revealed that, compared with the people who didn't report compulsive sexual behavior, the participants who reported compulsive sexual behavior experienced increased brain activity in three brain regions linked to drug addiction in other studies: the ventral striatum, the dorsal anterior cingulate cortex and the amygdala. These areas have been linked to people's feelings of reward and motivation, and also to drug cravings and the processing of emotions.

Compulsive sexual behavior is defined as an excessive preoccupation with sex, and using sex as a way of coping with difficult experiences or stress, said Rory Reid, a psychologist at the University of California, Los Angeles, who researches addictions but was not involved in the new study. The behavior becomes a problem if it interferes with people's relationships or work, he said.

The study is a significant step in associating compulsive sexual behavior with addiction, Reid said. It shows that people who report having sexually compulsive behavior, as well as negative consequences in their lives, "also have their brains confirm high sexual desire in regions we might expect," Reid said. "Their brains say, 'Yes, this is true — we do like sex more.'"

However, "What [the study] doesn't tell us," he added, "is whether sex is addictive, and it doesn't tell us if these people have a sex addiction. More evidence must be gathered about this question, he said.

The Cambridge researchers also said their findings must be replicated, and that more research must done before compulsive sexual behavior can be recognized as a disorder or addiction.

For a condition to be included in the DSM-5, more information is needed from not only brain studies, but also studies of other domains, such as genetics and culture.

For now, people with compulsive sexual behavior should seek clinical help if it starts to cause significant impairment or distress in their everyday lives, Potenza said. An understanding of the neurobiological mechanisms underlying hypersexual behavior could help with treatment and prevention, he added.