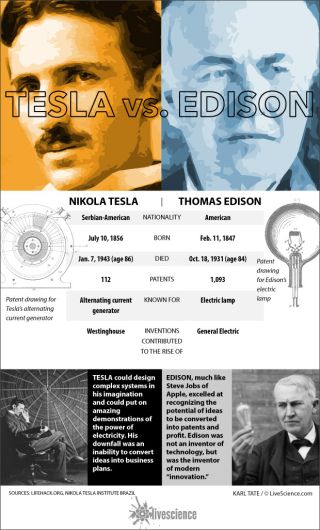 Edison held 1,093 patents to Tesla's 112. Tesla is known for inventing the alternating current generator, while Edison is remembered for the electric light bulb.

Tesla could design complex systems in his imagination and could put on amazing demonstrations of the power of electricity. His downfall was an inability to convert ideas into business plans.

Edison, much like Steve Jobs of Apple, excelled at recognizing the potential of ideas to be converted into patents and profit. Edison was not an inventor of technology, but was the inventor of modern "innovation."