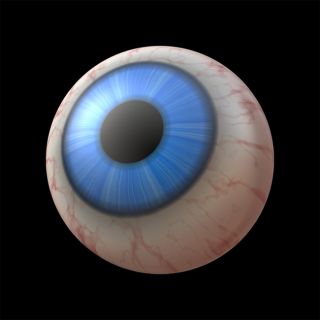 If scientists could grow eyeballs from stem cells in the lab, the process would be a boon to individuals with damage to cells within the eye, including retinal disorders.

"If you knew all the genes, and how to turn them on, that you needed to make an eye, you could start with very early embryonic cells and turn on all the right genes and grow an eye in a dish," said co-leader of the study Nicholas Dale, a neuroscientist at the University of Warwick in England.

"What I think is the more realistic possibility is to make precursor cells for different bits of the eye, which could then be transplanted and differentiate in-situ to replace damage to the retina or the lens or iris," Dale told LiveScience.

Scientists already had established the amphibian genes that initiate and direct eye development, which they refer to as Eye Field Transcription Factors (EFTFs). How these genes get activated in the right location at a certain time during development had been cloaked in mystery.

The new study, detailed in the Oct. 25 issue of the journal Nature, suggests a nitrogen-bearing molecule sets off a series of steps that result in eye formation in frogs. The mechanism probably also applies to humans and other animals with eyes, the researchers say.

Dale and University of Warwick developmental biologist Elizabeth Jones, along with colleagues, discovered the eye-switch while investigating how "ectoenzyme" molecules located on the external surface of cells contributed to the development of locomotion in the African clawed frog (Xenopus laevis). The biologists injected the molecules into frog embryos that comprised just eight cells.

One of the ectoenzymes triggered wonky eye development. When added to cells that would eventually form the head, the resulting tadpole sported three eyes instead of two. An even stranger sight resulted when they injected the ectoenzyme into other developing body cells. The molecule caused an additional "ectopic" eye, leading to tadpoles with a spare peeper growing out of the side, abdomen or even along the tail.

On a molecular level, the scientists say the enzyme converts a burst of the energy-carrying molecule ATP into ADP, which ultimately turns on the embryo's eye-making machinery.

The researchers think the same mechanism for triggering eye development applies across a wide range of species, including us. Mutations to the human equivalent of this enzyme lead to severe head and eye defects in humans.