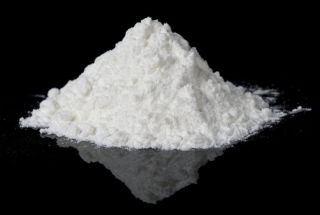 Health officials are investigating a sharp rise in deaths in Rhode Island due to overdoses from the drug fentanyl, a prescription painkiller that is 50 to 100 times more potent than morphine, the Centers for Disease Control and Prevention said today (June 19).

There were twice as many drug overdose deaths reported in Rhode Island during the period between November 2013 and March 2014 compared with the same period in previous years. Fentanyl was involved in 52 (31.5 percent) of the 165 cases of fatal overdoses reported in the state during this time, according to the CDC report.

Most people who died did not have fentanyl prescriptions at the time of their overdoses, and appeared to have gotten the drug illegally, the investigators said. Most deaths occurred among injection-drug users, according to the report.

Fentanyl is a powerful narcotic, and has been implicated in clusters of fatal drug overdoses in recent years in several states. Fentanyl combined with heroin is a particularly deadly drug cocktail.

The new report found that the fentanyl involved in the recent fatal overdoses in Rhode Island was not related to acetyl fentanyl, an illegally produced "designer drug" similar to fentanyl, which was involved in a cluster of overdose deaths in northern Rhode Island last year. That cluster was discovered when researchers at the state health laboratories noticed unusual toxicology test results in the deaths of 10 people during March and April 2013.

This year's fentanyl-related overdose deaths were widespread in Rhode Island, but most cases occurred in Providence and surrounding urban areas, according to the report. The CDC is currently looking into the prescription-monitoring program records and medical records of the people who died to identify others who may be at high risk for fentanyl-related overdose.

Death from fentanyl occurs as the drug, similar to other opioids including heroin, suppresses parts of the brain that control breathing. As a result, breathing gradually stops, which causes accumulation of carbon dioxide in the blood and, ultimately, death.

The effects of opioids can be reversed using a prescription medication called Naloxone. The CDC recommended that the Rhode Island health department expand its efforts to make Naloxone accessible for patients who have overdosed in the past and their families.