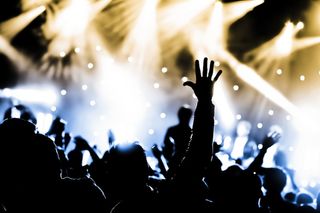 The godfather of psychedelic drugs has taken his longest, strangest trip yet.

Alexander "Sasha" Shulgin, who popularized MDMA, the active ingredient in ecstasy, and synthesized hundreds of other hallucinogenic substances in a makeshift lab in his home in Lafayette, California, has died at the age of 88.

"Sasha died today, at exactly 5 o'clock in the afternoon," his wife Ann Shulgin posted on Facebook. "He was surrounded by family and caretakers and Buddhist meditation music, and his going was graceful, with almost no struggle at all."[Photos: Scientists Analyze Drawings by Acid-Tripping Artist]

Shulgin went to Harvard University to study organic chemistry at the age of 16, but later dropped out to join the U.S. Navy. He eventually went on to earn his Ph.D. in 1954 from the University of California at Berkeley and worked as a senior research chemist for Dow Chemical Company.

Shulgin became turned on to psychedelics after a transcendent experience in a controlled experiment with mescaline.

"I went into it with a rather open view of what was going to happen and was totally dumbfounded by what occurred. I suddenly found myself into an extoradinary world," Shulgin said in a 1996 interview with author Luc Sala. "My first response was to say, 'how did this drug do this? How did 350 milligrams of a white solid produce this effect?' And then I realized the drug had almost nothing to do with it. That drug allowed me to realize, to express, to appreciate, what was there all along, and I was totally blind to it."

After Shulgin produced a successful pesticide for Dow, the company allowed him to experiment on his own, and he began developing psychoactive drugs and testing them on himself, incrementally increasing the dose until its effects were felt. By the mid-1960s, however, Dow sought to distance itself from hallucinogenic drug research, and Shulgin left the company to focus exclusively on psychedelics.

Shulgin was meticulous in his description of different compounds, and created a simple rating scale to assess the effects of different psychedelic compounds.

At one point, Shulgin's home laboratory in Lafayette was licensed to conduct research on Schedule I drugs, which the Drug Enforcement Agency (DEA) says have no legitimate uses. In 1994, however, the DEA raided his Lafayette home, cited him for several bookkeeping and environmental infractions, and withdrew his license.

Shulgin was fascinated with how the mind worked and wanted to create compounds to reveal that.

"You have to realize what I'm searching for, which is not for altering consciousness or for having fun or for enjoying this or for discovering that," Shulgin said in the Sala interview. "I'm looking for tools that can be used for studying the mind, and other people then will use the tools in finding out aspects of the mental process."

Shulgin believed the mind was fundamentally different from the brain, and wanted to interrogate the roots of mental states, such as religious ecstacy, paranoia and self-image, he said.

Ironically, Shulgin is perhaps most famous for his work on MDMA, a chemical he didn't invent. The drug, popularly known as ecstasy, was synthesized by Merck in the early 20th century, but sat on a shelf for decades until Shulgin tried it in the 1960s. He then went on to tell his psychiatrist friends, who reported that it seemed to dramatically increase empathy. One early documentary on the drug likened its effects to a year's worth of therapy in six hours, according to the documentary "Dirty Pictures."

But the DEA outlawed MDMA in 1985, after people started using the compound outside the therapist's office as a street drug.