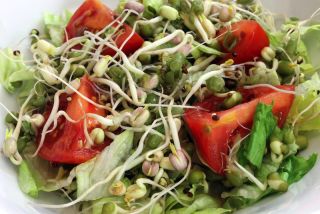 Although norovirus outbreaks on cruise ships often make the news, most of the outbreaks of foodborne illness from the virus get started in restaurants, according to a new report from the Centers for Disease Control and Prevention.

Between 2009 and 2012, there were more than 1,000 norovirus outbreaks tied to food contamination in the United States; these events sickened more than 21,000 people, according to the report. Of these outbreaks, 64 percent occurred in restaurants, 17 percent in catering or banquet facilities, 4 percent in private residents, and 1 percent in schools or daycares.

Among the outbreaks for which there was a reported source of contamination, 70 percent were traced back to an ill food-service worker, the report said. Often, contamination happened because the ill worker touched foods with his or her bare hands right before the food was served. [Top 7 Germs in Food That Make You Sick]

"Norovirus is extremely contagious, and it can cause outbreaks anywhere people get together [and] anywhere food is served," Dr. Tom Frieden, director of the CDC, said in a news conference today (June 3). "A lot more can be done" to increase food safety and ensure that food service workers adhere to food safety laws and regulations, Frieden said. "Everyone should be able to go out to eat without worrying about whether their food is safe."

Outbreaks of the virus not tied to contaminated food occur most commonly in nursing homes and other long-term care facilities, according to the report. Just 1 percent of norovirus outbreaks occur on cruise ships.

Norovirus is a stomach bug that causes diarrhea and vomiting. It most often spreads from person to person, or through eating contaminated food, and is the most common cause of foodborne illness in the United States. An estimated 20 million Americans are infected with the virus each year, including 5.5 million who get sick from contaminated food, the CDC said.

In about 7 percent of outbreaks in the study, investigators identified a single food that caused the illnesses — the most common were leafy vegetables, fruits and mollusks such as oysters, the report said.

However, "essentially any food can become contaminated with norovirus if it's handled after it's cooked," said Aron Hall, of CDC's Division of Viral Diseases.To prevent norovirus outbreaks caused by contaminated food, the CDC recommends that food service workers properly wash their hands and use disposable gloves or utensils to avoid touching foods with their bare hands. Food service workers should also stay home for at least 48 hours when sick with vomiting or diarrhea.

Surveys show that about 1 in 5 food service workers said they went to work at least once in the past year while sick with vomiting or diarrhea, often because of they feared losing their jobs or were concerned about the business being short-staffed, the CDC said. Food service facilities should consider paid sick leaves or other measures to encourage workers to stay home when sick, the CDC said.