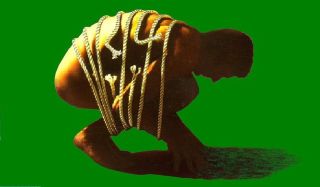 Almost all of us have either had it, or can look forward to getting it in our lifetime. In fact, somewhere between about a tenth to a third of us have back pain right now. So is back pain just something we should accept as an inevitable part of the human experience and plod on dutifully with a stiff upper lip and lower dorsum? Well, possibly. But somewhere in the data there may be a warning that when back pain doesn’t go away, it can mutate into a completely different animal.

Chronic lower back pain is a complex beast that’s hard to kill. Its development is characterised by a lack of credible diagnosis and a failure to find effective treatment, the loss of valued activities, and above all potentially, the first down-the-nose glance from behind the doubting half-rimmed specs of society. Back pain can permeate psyche, change patterns of thought and behaviour, and change how sufferers relate and interact with others and the world around them.

One fundamental problem is that people can’t see it. There’s no bandage or cast that can be produced as a licence to pass socially unimpeded. Instead sufferers can only keep insisting that they’re in pain. Doctors can’t see it either: x-ray and MRI images of someone in crippling pain can look much like those of someone without any trouble. Conversely, images taken from someone without any complaint at all can show disc narrowing and bony growths that can make even the most hardened radiographer wince.

In practice, the way doctors diagnose back pain is by simply asking the patient if they have it. Researchers (and some clinicians) now routinely administer questionnaires to measure and monitor back pain. The trouble is that we’re not measuring the right things.

Since the 1980s, our focus has been on decreasing pain and improving function. This superseded clinicians’ obsessions in the 1970s with mobility – and the notion that if you could move normally it meant you were well again regardless of whether it still hurt.

Focus on function persisted right through to the 2010s, which incidentally is the same decade in which TENS, or trans-cutaneous electrical nerve stimulation, which was widely used since the 1970s, became no longer thought of as particularly good for treating back pain. The most recent big debate was on whether antibiotics could be useful for the treatment of back pain.

These days, patients with back pain might be offered advice, paracetamol, group exercise, manual therapy (osteo- physio- and chiro- brands all being accepted), and acupuncture (cue serious media attention, and the invoked wrath of David Colquhoun and his Improbable Science blog), which are among the front-running artillery recommended for deployment in back-related warfare.

In addition to the above, guidance from NHS watchdog NICE says that if a patient still has pain, they can be offered Cognitive Behavioural Therapy, or CBT, in combination with an exercise programme. All sensible stuff. Or at least it would be, if by this time it wasn’t already too late.

The crux of the matter is that the secondary psychosocial effects of back pain – depression, stigmatisation, withdrawal from society, worries about the future, and damaged relationships – could turn out to be more expensive to treat, and more difficult to resolve, than the original presentation might have been if more attention had been paid to it. It stands to reason that increasing early efforts in awareness of the secondary effects, GP’s sensitivity to their onset, efforts to provide tenable diagnoses, and facilitating clear referrals for CBT, could go a long way to improving outcomes (as well as simply improving patients’ experiences).

Following a recent article, I was asked by the editor of The Backletter whether I thought there might be a crisis in clinical medicine in the US, given that many of the back care providers there simply don’t assess these issues and sadly don’t have the time to explore them in depth because they can have 20-30 patients to see in a single day. I can sympathise with the time-poverty, but it is simply a false economy not to increase efforts at an earlier phase of the back pain roller-coaster. It would be a shame if complex psychosocial secondary effects become something doctors are simply too busy to deal with.

In practice, the hard part is spotting the other problems and obstacles to recovery that may develop with back pain. There is some evidence that screening may help with this but medicine remains an art as well as a science and I have a lot of faith in the clinical acumen of colleagues (who probably still have the edge on Dr Google) to deal with this, provided they have enough time to do so.

Power to the people

But should we lay all of the responsibility for treating this condition at the feet of doctors? Or could society also have a role in helping to treat the situation that it helped to create?

One of my epidemiological heroes, Geoffrey Rose, suggested that in some circumstances we might want to treat sick populations rather than sick individuals. We do this quite well for obvious public health concerns, such as heart disease, obesity, and smoking.

But what about a population-based intervention for changing attitudes to back pain, in much the same way that campaigners are trying to tackle the idea that bad mental health is a taboo? Along with better intervention from the start, we might start to finally make some headway in killing the back pain beast.