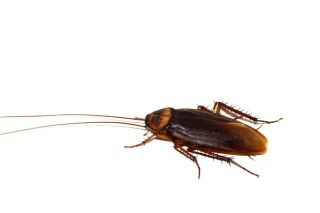 Cockroaches might plague your kitchen, but these widely misunderstood creatures are typically not household pests. Scientists consider only 1 percent of all cockroach species as pests. This fact and other details about the group of widely loathed insects called Blattodea are now available in the first online database of the world's cockroaches, launched this month by the Natural History Museum, London. Highlights of the Blattodea Species File Online: * The world's heaviest cockroach: the Australian rhinoceros cockroach, which weighs as much as 1 ounce (30 grams) or the same as three adult small perching songbirds, called blue tits. * The smallest: the North American Attaphila fungicola, about three millimeters long or a bit longer than a red ant, lives in the nests of leafcutter ants. * Greatest wingspan: the Central and South American Megaloblatta blaberoides, which has a spread of up to 7 inches (185 millimeters). * Noisiest: Madagascar hissing cockroaches. George Beccaloni, a cockroach expert at the Natural History Museum, assembled the database from a 1,224-page catalog by Karlis Princis, published in eight parts between 1862 and 1971. "Cockroaches are a really amazing group of insects," Beccaloni said. "There are about 4,500 described species, so [that means] ones that scientists have actually named," but probably about two or three times that number remain undiscovered. Cockroaches get a lot of bad press, he says, and there is a lot of misinformation spread about them. "People think that cockroaches are the only creatures that could survive nuclear war. That's not actually true," Beccaloni said. "They certainly are much more resistant than humans but far less resistant than many other insects." Regardless, a direct nuclear blast would incinerate a cockroach, other scientists say. But there is no question that cockroaches are hardy. Studies have found they can live several days after being decapitated. And when times are tough, those with heads can survive by eating glue or each other. Among cockroaches that do tend to invade the home, their presence is often preventable. They seek damp spots created by leaky pipes, and they're also attracted to grease and other food waste. Plugging bug-sized entrance holes into your kitchen is often an effective deterrent. Perhaps the one cockroach that most deserves its bad rap is the termite, which though most people don't realize it, is actually a cockroach that evolved to eat wood.