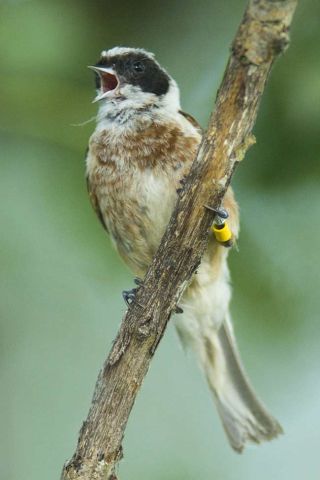 Some avian parents hit the road when it comes to child-rearing: Both parents flee the nest, in search of new sexual conquests.

Males and females of the penduline tit (Remiz pendulinus) can mate with up to seven different partners in one breeding season. So childcare can be a time drain, keeping the birds from scoring more mates.

A new study of the small perching songbirds in southern Hungary reveals that both parents are willing to abandon the nest to boost individual reproductive success.

“As far as we know, this willingness for both sexes to abandon the nest for the sake of new mates is unique,” said one of the study researchers, Tamas Székely of the University of Bath in England.

Male penduline tits often take off before the female has laid her eggs, a strategy that would seemingly keep the female bound to the nest as a single parent. But sneaky females sometimes hide their eggs from the males so the mothers can high-tail out of the nest before the fathers know the eggs have been laid.

Over one breeding season, females care for more than half of all clutches, and males act as parents for up to 20 percent. The rest (about 30 percent) are abandoned by both parents.

"This could be said to be reminiscent of Hollywood lifestyles with plenty of mating opportunities that may lead to neglect for the family at home," Székely said.

These conflicting interests likely generated a tug-of-war over time and generations, as both males and females have co-evolved to outwit the other.

“Our findings reveal an intensive conflict between males and females over care that has affected the behavioral evolution of this species,” Székely said.

The results, announced today, are published in the Journal of Evolutionary Biology.