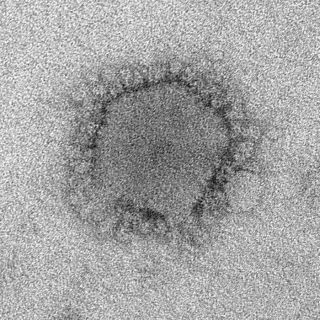 Since Middle East Respiratory Syndrome (MERS) first appeared in 2012, researchers have been working around the clock to learn more about the mysterious virus that causes the disease.

So far the virus, known as MERS-Coronavirus, or MERS-CoV, has infected 538 people worldwide, about 30 percent of whom have died, according to the Centers for Disease Control and Prevention. Two cases of the virus were recently confirmed in the United States.

Much is to be learned about MERS-CoV, but to put things in perspective, how does the virus compare to another virus we know better, such as influenza?

Both MERS-CoV and influenza viruses cause respiratory illnesses. But unlike influenza, MERS-CoV is a coronavirus – it belongs to a large family of coronaviruses that cause a range of illnesses in humans, from the common cold to the Severe Acute Respiratory Syndrome (SARS). These viruses also infect animals. [8 Things You Should Know About MERS]

Compared to influenza, MERS doesn't appear to spread as easily from person to person. In documented cases, people who have contracted MERS from another patient have been either health care providers or family members who have been caring for a patient.

Influenza, on the other hand, can infect many people through casual contact; for example, sitting next to person on an airplane.

"MERS-CoV, at the moment, is not readily transmissible, except in very distinctive circumstances. The most important of which is in the healthcare environment, where the health care providers have very close, prolonged contact with the patients," said Dr. William Schaffner, a professor of preventive medicine and infectious diseases at Vanderbilt University Medical Center in Nashville, Tennessee.

Influenza causes a spectrum of the infections, which range from no symptoms to mild, moderate or very severe symptoms. Although this is also true for MERS-CoV, current observations suggest that when infections occur, they are more likely to be severe, Schaffner said.

Most people who have been confirmed to have MERS-CoV infection had flu-like symptoms, including fever and cough, and also shortness of breath.

When is it most contagious?

People who are infected with influenza often become able to infect other people beginning one day before they develop symptoms and realize that they are sick. They remain contagious up to seven days after becoming sick.

With MERS, investigations have suggested that patients transmitted the disease to others when they were most severely ill with pneumonia, Schaffner said.

MERS appears to have a high death rate. So far, 145 patients out of the 538 confirmed cases have died. Influenza, has a lower death rate, but infects more people, resulting in more deaths.

"Influenza has a death rate of 1 percent, whereas at the moment, what we know about MERS is that death rate is about 30 percent. But 1 percent death rate is very high for an infection that affects many people," Schaffner said.

"On average in the United States, each seasonal influenza produces about 200,000 hospitalizations, and about 36,000 deaths. This is very different than what we have with MERS at the moment," he said.

Influenza tends to most severely target children and the elderly. These people are at higher risk of developing medical complications from the flu.

With MERS, however, studies have found that patients are around 50 years old, and that those with underlying conditions such as diabetes or heart disease are at higher risk for fatal infections. However, younger patients have died of MERS, too, according to the CDC.

The largest group of at-risk people at the moment are health care workers, the CDC says, with one-fifth of reported cases worldwide having occurred in this group.