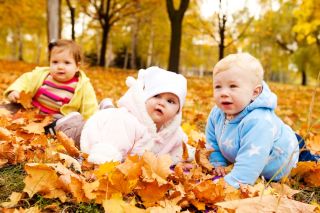 Birth rates across the Northern Hemisphere follow distinct seasonal patterns related to latitude — peaking in early spring at more northern latitudes, and in summer and autumn at lower latitudes, according to a new study.

Scientists have recognized seasonality in birth rates across the United States and elsewhere for decades, but in the new study, researchers assembled 78 years of data from the United States, along with numbers from 210 other countries in the Northern Hemisphere, to provide a comprehensive analysis of birth rate seasonality.

The same broad latitudinal trend was found across the Northern Hemisphere, the researchers report today (April 1), in the journal Proceedings of the Royal Society B. While the researchers did not analyze Southern Hemisphere data, they said they anticipate similar trends exist there as well. [Top 10 Mysterious Diseases]

The birth rate seasonality was twice as strong in southern U.S. states compared to northern states, and stronger in developing regions of Africa and Asia than in the United States. The reasons for those discrepancies remain unclear but are likely related to differences in culture and environment, the researchers said.

In the past, such birth rate seasonality would have been expected to reflect seasonal changes in lifestyle, particularly for agricultural families who have more free time during winter months. But this explanation is less relevant today in communities that have moved away from farm life, the researchers said.

"Nowadays, people aren't very closely tied to the environment, and our behavior isn't shaped by the environment as much as it used to be in the past," study co-author Micaela Martinez-Bakker, a graduate student at the University of Michigan, told Live Science.

That persistence of seasonality, despite changes in lifestyle, surprised the team, Martinez-Bakker said.

The researchers said they hope that the new findings could help control epidemic outbreaks of diseases, such as measles, polio and whooping cough, that are contracted during infancy and can be prevented with vaccines. In developing countries, where healthcare is limited, the findings could make a difference.

Because of the seasonal peak in births, "a large number of infants enter the population at the same time, and become susceptible at the same time," Martinez-Bakker said. Unvaccinated infants can hasten the spread of outbreaks, she said.

In the United States, most infants have access to year-round healthcare and can get vaccinated at any time. But in developing countries, many parents rely on national vaccination campaigns run by the World Health Organization and other agencies that typically only occur once a year.

By determining the month of local birth pulses, vaccination campaigns could plan accordingly and vaccinate infants during periods of high risk of exposure to other vulnerable infants with undeveloped immune systems.

The researchers next plan to continue their analyses by including other countries in the Southern Hemisphere, Martinez-Bakker said.

Editor's note: This story was updated to clarify that the research was conducted at the University of Michigan, not Michigan State University.