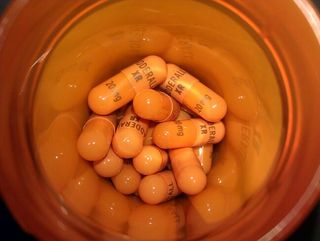 A growing percentage of adults in the United States are taking medications such as Adderall for attention-deficit/hyperactivity disorder (ADHD), according to a new report by the country's largest pharmacy benefit management organization.

Although children are still the primary users of ADHD medications, and the percentage of children taking them increased 18 percent between 2008 and 2012, the number of privately insured adults on these drugs has been increasing at a much faster pace, and rose 53 percent over the same time period, according to Express Scripts' pharmacy claims data.

The total number of privately insured children and adults on ADHD medication is estimated to have been more than 4.8 million in 2012, up 35.5 percent from 2008, according to the report, released today (March 12). [5 Things to Know About ADHD Medication]

The report also showed that although the number of boys on ADHD medications was twice that of girls taking these drugs, the opposite seems to be true in adulthood: Women's use of ADHD medications is starting to surpass men's. The group that saw the biggest increase in use was women ages 26 to 34. Nearly 3 percent of U.S. women in this group now use ADHD medications — meaning the percentage of users in this group rose by 85 percent over the study period, according to the report.

"Since females tend to present the inattentive form of ADHD, and do not display disruptive behavior in school, their symptoms may be overlooked in childhood," said Dr. David Muzina, vice president at Express Scripts. "As they age, they may become more aware of their symptoms and consult their physician."

"There are, however, concerns that less-appropriate uses of the medication may be behind the increase in use among women," Muzina wrote in a commentary about the report. ADHD drugs are stimulants, and are thought to decrease a person's appetite. Some people may use these drugs to help them lose weight, Muzina said.

It is also possible that some women are being treated with these drugs for depression, Muzina said.

Although the increase in use was greatest among women ages 26 to 34, researchers found that women ages 19 to 25 showed the highest use of ADHD drug treatments among women.

ADHD medications can have side effects: They can be particularly dangerous for people with heart problems, and may cause serious interactions with other medications, such as those used to treat bipolar disorder, Muzina said.

The report is based on pharmacy claims of more than 400,000 people during the five-year study period. Researchers estimated that spending on ADHD medication rose 14 percent in 2012 — the greatest increase seen among any drug category.