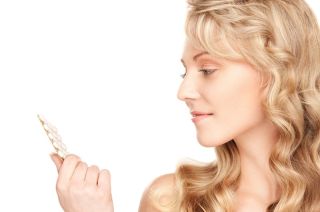 Offering free contraception to women and teenage girls does not cause them to increase their risky sexual behavior over time, a new study suggests.

"We didn't see women engage in multiple sex partners after providing them with no-cost contraception," said Gina Secura, project director of the Contraceptive CHOICE Project and the study's lead author. "By providing young women with quality medical care and affordable contraception, this doesn't cause them to go wild."

Moreover, there was no increase in sexually transmitted infections among the women who received free contraception, said Secura, who is also an epidemiologist in the department of obstetrics and gynecology at the Washington University School of Medicine in St. Louis.

Critics of the idea of offering free contraception have argued that increasing birth control's availability will lead to a rise in the number of unintended pregnancies because more people will be having sex. [7 Surprising Facts About the Pill]

The researchers decided to look into this issue, because their colleagues who worked in family planning and public health were being asked whether making contraception easier to obtain was driving risky sexual behavior, Secura said.

The findings were published online Wednesday (March 5) and will appear in the April issue of the journal Obstetrics & Gynecology.

In the study, the researchers tracked 7,751 women ages 14 to 45 who lived in St. Louis and wanted to avoid pregnancy for at least one year. All participants were counseled about the benefits and risks of each birth-control option before receiving the contraception method of their choice.

They also completed surveys describing their sexual behaviors and reproductive histories upon enrolling in the project, and during phone interviews six and 12 months after receiving contraception.

Nearly three out of four women in the study chose either a hormonal or nonhormonal intrauterine device (IUD), or a hormonal implant placed in their upper arm, Secura told Live Science.

Less than 10 percent of women in the United States who use contraception choose IUDs and implants, Secura noted. This decision may be partly due to the cost of these methods, but other barriers to their use include access to these forms of contraception and education about each method's effectiveness in preventing pregnancy, Secura said.

The analysis showed that when describing their sexual behavior during the past month, nearly 70 percent of women in the study had no change in their number of sexual partners in the six to 12 months after they received free birth control, while 13 percent of them reported a decrease and 16 percent had an increase. (Numbers do not add up to 100 percent due to rounding.)

More than 80 percent of those who reported an increase went from having no sexual partner when the project began to one partner during the study.

Dr. Jill Rabin, chief of ambulatory care, obstetrics and gynecology, and the head of urogynecology at Long Island Jewish Medical Center in New Hyde Park, N.Y., said the findings make a strong statement that when women are offered free effective contraception, unintended pregnancy — and the negative effects on women's health that it can bring — are reduced.

"This paper isn't the first to show this, but the numbers here show this in a very compelling way," said Rabin, who wasn't involved in the study.

The cost of contraception is a barrier to using it for many women, and costs are especially high for the long-acting forms of birth control, such as intrauterine devices, she said. "When you reduce that barrier, it's not a surprise you get a reduction in unintended pregnancy," Rabin told Live Science.

Few studies have followed women over time after they obtained birth control, to understand its influence on their sexual activity, Secura said. Before they received the birth control, these participants were at high risk for unintended pregnancy, with a higher percentage of them having had an abortion before they enrolled in the study than the national average, she added.

The study may help dispel the notion that giving women access to free birth control will lead them to have riskier sex.

"I think our findings demonstrate that women can make good choices about their sexual behavior, and it's not contraception that is driving those choices," Secura said.