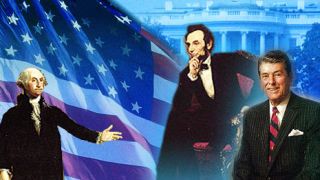 The White House press corps has cut U.S. presidents few breaks for the past 48 years on the topic of the economy during news conferences, but journalists tend to be creampuffs when it comes to foreign affairs, a new study shows.

Statistical analysis of White House transcripts from four randomly selected White House news conferences for every year beginning with the Eisenhower administration and through President Clinton's showed that journalists' questions become more aggressive when the economy turns south, said sociologist Steven E. Clayman of UCLA, who headed up the study.

"Nothing makes the watchdog bark more readily than a downturn in the economy," Clayman said.

Oddly, changes in the Dow Jones index and the inflation index had no effect.

The sociologists examined reporters' questions and their shapes for aspects of aggressiveness, including directness, adversarial tones and demands for accountability. For instance, questions that started with "I wonder whether" and "I would like to ask" were scored as less aggressive, while questions starting with "How could you ..." and "Why did you ..." were scored as more aggressive.

The effect of the nation's economy on aggressive questions was found to be independent of the president's ratings. The team also found that reporters dive right in with bold questions at the beginning of a president's term.

"We didn't find any statistical evidence of a honeymoon period," said Clayman's colleague John Heritage, a co-author of the research published in the February issue of the journal American Sociological Review.

And journalists' tendency to become aggressive is more responsive to the state of the nation than a presidents' approval ratings, Heritage said, though second termers face harder questions than first termers.

However, a common perception--that the press corps goes easy on presidents when it comes to defense--was borne out by the study on one level:? Reporters were twice as likely to be aggressive on domestic affairs as they were on military matters and foreign affairs.

The UCLA team said this discrepancy could reflect citizens' current concerns. For the most part, journalists become more aggressive questioners when citizens want them to be, Clayman said.

"At least in the domestic affairs arena," he said, "journalists are being reasonably good watchdogs."