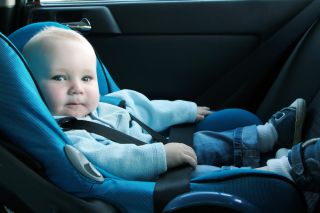 One-third of children who die in car crashes are not buckled up, according to a new government report.

Although crash-related deaths among children age 12 and younger have decreased by 43 percent over the past decade, more than 9,000 children still died in crashes between 2002 and 2011, many of whom were not buckled up, according to the Centers for Disease Control and Prevention.

"Thousands of children are in risk on the road because they are not buckled up," CDC Director Dr. Tom Frieden said at a news conference today (Feb. 4). Studies have shown that using seat belts, car seats and booster seats that are appropriate for a child's age and size significantly reduces the risk of injury and death in a crash. [9 Weird Ways Kids Can Get Hurt]

"So many of these deaths could have been prevented by buckling children in age- and size-appropriate child restraints...on every trip," Frieden said.

In 2011, more than 650 children ages 12 and under died in car crashes. "That's more than a dozen children every week," said study researcher Erin K. Saber-Schatz, of the CDC's division of injury prevention.

The researchers found that almost half of all black (45 percent) and Hispanic (46 percent) children who died in crashes were not buckled up, compared with 26 percent of white children. These differences might be attributable to variations in economic status, the researchers said, as previous studies have shown that difficulty paying for car seats plays a role in whether parents buckle up their children.

All U.S. states have child restraint laws, but there are variations in the laws, for example, the required age of the child to start wearing seat belts. Currently, only two states require car seat or booster-seat use for children age 8 and under, according to the report.