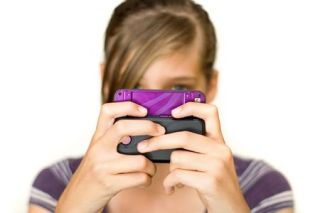 Under a new Rhode Island law enacted July 12, anyone younger than 18 who creates and sends sexually explicit images of themselves will be charged with a status offense.
(Image: © Dreamstime)

Some teens who text while driving also take even more risks by engaging in other hazardous driving behaviors such as not wearing a seatbelt, a new study finds.

In the study, teens who reported texting and driving in the last month were more likely to say that they don't always wear a seatbelt, they drove after drinking alcohol, or that they rode as a passenger with a driver who drank alcohol.

The new results suggest "there is a subgroup of students who may place themselves, their passengers, and others on the road at elevated risk for a crash-related injury or fatality by engaging in multiple risky [driving] behaviors," the researchers wrote in their article published today (May 13) in the journal Pediatrics.

The researchers analyzed information from a 2011 survey of more than 15,000 U.S. teens in high school, conducted by the Centers for Disease Control and Prevention.

About 45 percent of teens said they sent a text or email while driving at least once in the last month. Of these, more than one in four said they engaged in the risky behavior every day.

Students who said they had sent a text or email while driving were 5 times more likely to say that they had driven a car when drinking alcohol at least once in the past month.

Some states have laws prohibiting teens from using a phone or texting while driving, but it's not clear how well these laws are enforced.

Parent supervision of their child's driving may be the best way to prevent such risky behavior, the researchers said.