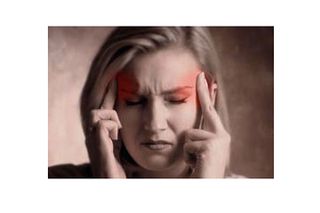 The new study, detailed Monday (Jan. 13) in the journal PLOS ONE, found that what people perceive as a sixth sense may simply be their vision systems detecting changes they can't articulate.

"People can sense things that they believe they cannot see," such as changes in a person's appearance, said study co-author Piers Howe, a vision scientist at the University of Melbourne in Australia. "But this isn't anything magical or a sixth sense; this can be explained in terms of known visual processing."

Most Americans believe in the supernatural. In fact, one survey found that almost one-third of people believe in extrasensory perception and more than two-thirds reported a paranormal experience. [Teleportation, ESP & Time Travel: 10 Tales of Superpowers]

While a few scientific studies have hinted that people can sense the future just before it happens, follow-up studies concluded these results were artifacts of statistics or flawed study design.

Howe's interest was piqued when a student came to him claiming she had a quasi-magical sixth sense.

"She claimed that she could sense things that she couldn't see," such as when a friend was recently in an accident, Howe told LiveScience.

Howe was skeptical, so he and University of Melbourne psychology graduate student Margaret Webb decided to test this sense.

The team then showed 48 undergraduate students the first photo for 1.5 seconds, followed by a 1-second pause, before revealing the other photo. Participants then had to indicate if there were any differences between the photos and, if so, what those differences were. (The students could pick possible changes from a list.)

Participants often accurately detected there were changes in the photos. But the students weren't very good at identifying what had changed, even with big alterations, such as the removal of a large Mexican hat. The same phenomenon is at play when friends miss that new hairstyle or pair of glasses, or sense a change but can't quite put their finger on it, Howe said.

Howe suspected that the brain detected shifts in the visual metrics it uses to understand a scene — such as darkness, color, verticality or contrast — but that it didn't translate to the person's ability to verbalize what had changed.

In a second experiment, the team showed students an array of red disks and green disks, and showed the array again with some of the disks randomly switched from one color to another. Once again, many people detected changes they couldn't identify.

But when the team changed the color of some disks, but not the total amount of red and green in all of the disks combined, this "sixth sense" went away.

The findings suggest the origin of the phenomenon in which a person seems to be intuitively aware of something that they don't believe they have seen or sensed in another way is due to the perception of differences in these visual metrics, not a sense that operates outside the normal laws of physics. For instance, in the case of Howe's student, she may have noticed tiny changes in his appearance (such as small cuts or a bandage), but not been consciously aware that she picked up on those cues.

The study is unlikely to convince believers in the supernatural, Howe said.