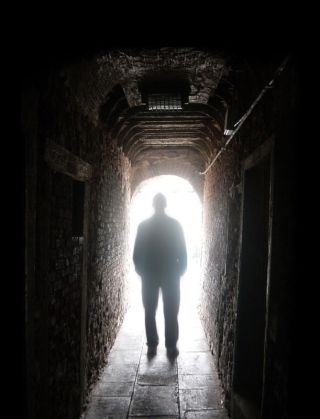 People who feel lonely are more likely to believe in the supernatural, whether that is God, angels or miracles, a new study finds.

Humans have evolved as social creatures, so loneliness cuts to the quick. Living in groups was critical to the survival and safety of our ancient ancestors, and "complete isolation or ostracism has been tantamount to a death sentence," said University of Chicago researcher Nicholas Epley, who led the study.

While group living isn't critical to survival in the modern world, feeling socially connected is. Feeling isolated and lonely is a very painful emotional state for people, Epley said, and can lead to ill health, both physically and mentally.

"Being socially isolated is just not good for you," he said.

When people feel lonely, they may try to rekindle old friendships, seek out new ones or, as Epley's study suggests, they may create social connections by anthropomorphizing nearby gadgets, such as computers or cars, pets, or by believing in supernatural events or religious figures.

In their study, detailed in the February issue of the journal Psychological Science, Epley's team tried to induce feelings of loneliness in people to see how it affected how they thought of pets and their belief in religious figures.

In one experiment, college undergraduates were shown movie clips and told to try and empathize with the protagonist as best they could, in order to set them in one of three emotional states.

All three groups were then asked to describe a pet they owned or knew well and pick three traits from a list that best described them. The list included anthropomorphic traits that related to social connections (thoughtful, sympathetic) and simple behavioral descriptions (aggressive, energetic, fearful).

Participants from the loneliness group were more likely to describe the pet using the anthropomorphic descriptions than those in the fear or control groups.

All three groups were also asked to rate their belief in ghosts, angels, the devil, miracles, curses, and God, and again, those in the loneliness group reported stronger belief in these supernatural agents.

In another part of their study, Epley and his colleagues asked participants from the University of Chicago to fill out a personality questionnaire and were then told that the answers would be fed to a computer which would generate a future-life prediction for them. Half of the participants were read statements implying they would be lonely later in life, while the other half were told they would be socially connected for the rest of their lives.

"We tried to manipulate their loneliness, to make them feel lonely," Epley said.

The participants were then asked to rate their belief in the same supernatural agents in the other study, and those in the "lonely group" reported stronger belief than those in the "connected group." The results were also compared to ratings the participants gave before they got their life predictions, and those who reported a belief in God before and were made to feel lonely reported a stronger belief after the experiment.

"We found that inducing people to feel lonely made them more religious essentially," Epley told LiveScience, though he notes it won't cause any sudden conversions.

Owning pets and religious beliefs and practices are both known to increase a person's sense of well-being, but why exactly that is isn’t well known, Epley said.

Epley and his colleagues plan to probe the issue further to see if anthropomorphizing pets or believing in anthropomorphized supernatural agents is what is responsible for alleviating feelings of loneliness. If it is, it could provide alternate means for people to feel socially connected when connecting to humans isn't an option.

"There are health benefits that come from being connected to other people, and those same benefits seem to come from connection with pets and with religious agents, too," Epley said.