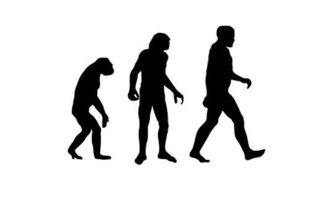 Nearly two-thirds of Americans believe in evolution, while a third say that humans and other life forms have existed in their current states since the beginning of time, according to a new poll.

The new findings come from to the Pew Research Religion & Public Life Project, which surveyed a national sample of 1,983 adults over the phone and also collected survey questionnaires from an additional 4,006 adults. The margin of error for the results is plus or minus 3 percentage points.

A belief in evolution does not necessarily preclude belief in God, the survey found. Nearly a quarter (24 percent) of Americans agreed with the statement, "a supreme being guided the evolution of living things for the purpose of creating humans and other life in the form it exists today."

Pew last surveyed Americans about their beliefs in evolution in 2009, and found that the proportion of believers and non-believers has not changed. Sixty percent of Americans say they believe that humans and other animals have evolved over time. Thirty-three percent say there is no such thing as evolution. [Top 10 Mysteries of the First Humans]

Among Catholics, Hispanics are slightly less likely to believe in evolution than whites: Fifty-three percent of Hispanic Catholics said humans have evolved over time, compared with 68 percent of White Catholics.

Education boosts belief in evolution, Pew found. Only about half (51 percent) of those with a high-school degree or less believe, compared with 62 percent of those who have attended some college. Almost three-quarters (72 percent) of people with a college or graduate degree believe that evolution occurs.