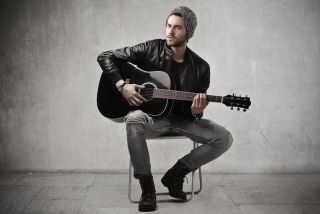 Common sense is no replacement for science; plenty of "everyone knows" knowledge has had its legs cut out from under it by a well-designed study. Nevertheless, some research turns up results that don't exactly shock and awe.

Such no-duh research usually has a serious underlying purpose, from the study of why people cheat to the roots of racism. Researchers have to understand the basics of everyday phenomena in order to understand them, after all.

Here's a sampling of the unsurprising research of 2013 — with a few notes on why scientists bothered.

1. The Western diet is bad for you

Wait … fried Snickers bars and hot dogs aren't the foundations of a well-balanced diet? The "Western diet" of processed and fried foods with a side of sweets and red meat increases the likelihood of premature death, researchers reported in April in The American Journal of Medicine, to the surprise of no one.

The study was slightly different than other research into how Twinkies can kill, in that it assessed overall health in old age rather that the effect of diet on specific diseases. [7 Foods You Can Overdose On]

2. Sleeping beauty is no myth

News bulletin: Baggy eyes, puffy skin and a bleary expression do not make for a hot look. Research published in September in the Journal of Clinical Sleep Medicine reveals the better you sleep, the better you look.

Obvious on a day-to-day basis, no doubt — and the reason make-up was invented. But this study went beyond the morning after to find that several months of good sleep make a difference in a person's appearance. The participants were patients being treated for sleep apnea and heavy snoring, breathing problems that can disrupt sleep without a person knowing it. After treatment, independent raters judged the participants as younger and more attractive compared with photos taken before treatment.

Few would associate racism with open-mindedness. A study published in January in the journal Psychological Science reveals that, sure enough, racism produces a closed mind.

People prompted to believe racial stereotypes by reading a false scientific study became less open-minded. Interestingly, this close-mindedness led to less creativity overall, even in activities having nothing to do with race. Rigid, categorical thinking underlies both racist beliefs and a lack of creativity, the researchers said.

4. Morbid alert! Hanging is bad for the heart

Few people probably hang themselves for the cardio benefits. A January study in the Emergency Medicine Journal confirmed, indeed, hanging is not good for the heart. The study researchers reviewed emergency medical records in Melbourne, Australia, and found that 4 percent of cardiac arrests treated were the result of hanging.

The treatment findings, however, revealed some possibly life-saving information. Resuscitation saved the lives of 3 percent of the patients, suggesting that emergency medical technicians should give it a shot.  [10 Other No-Duh Science Findings from Years Past]

No, really?! Guys who cheat do so because they experience strong sexual impulses, according to a study published in the journal Personality and Social Psychology in September.

This no-duh finding comes courtesy research on college students who had to reflect on sexual temptations and participate in a game in which they had to reject or accept potential dates based on photographs. The study revealed the male impulse to accept a potential partner was much stronger than the female impulse. [50 Sultry Facts About Sex]

The study explains the gender difference in cheating, the researchers said. It's not that men have less self-control than women; it's that the urges they're trying to control are stronger.

It's so cliché as to be a stereotype: the mousy, shy teen, turning to Tumblr and online message boards to make friends rather than going out in real life.

Turns out, the cliché is true, according to a study published in January in the European Journal of Personality. There's good news, though: Online friendships boosted shy teens' self-esteem, which prompted them to find more friends both online and offline.

Who knew? Taking smaller bites leads to eating less, according to a study published in the journal PLOS ONE in January. But wait, there's more to this study than meets the eye. Researchers had participants take either small or large spoonsful of soup while they watched a 15-minute cartoon, so that they were distracted while eating. Eating while distracted is known to make people scarf more food than they think, a big problem in a world full of big-screen TVs and smartphones at the table. Taking smaller bites offset this increase in intake, so the findings might be helpful for those who have to multitask at meals. [7 Diet Tips That Actually Work]

8. Umbrellas protect you from the sun

Intrepid scientists tested the idea that umbrellas provide shade. Turns out they do. Case closed.

OK, a little more detail: Researchers wanted to know if umbrellas, which are typically designed to shield from rain, not sun, could block harmful UV rays that cause skin damage and cancer. They found that black umbrellas blocked at least 90 percent of the harmful rays, and all blocked at least 77 percent, with white performing the worst. So if summer shade is the goal, pick a black umbrella, the researchers suggested in March in the journal JAMA Dermatology.

9. People buy more fruits and veggies when they're cheaper

What's it going to take to get fruits and veggies onto people's plates? A price cut could help.

In an unsurprising finding, researchers reported that discounts drive purchases of healthy foods. People given coupons bought 9 lbs. (4 kilograms) more fruits and veggies over a six-month period compared with people given only a cookbook of healthy recipes or free phone calls with a nutritionist. When the coupons were paired with cookbooks, the amount of extra veggies bought rose to 12 lbs. (5 kg), Reuters reported. What a shocker — people like deals. Still, the study points to a need to back up education with access to healthy food, the researchers said.

Your girlfriends are right: It's better to be alone than to marry a loser.

In a study published in April in the Journal PLOS ONE, researchers used a large national study of 5,000 Americans to find that people with unsupportive spouses were more likely to be depressed than unmarried people. To be fair, the study is the first to link bad relationships with depression in the general population, rather than in people already seeking help for the mental disorder. Couples therapy might be useful when one-half of a partnership is experiencing depression, the researchers said.

In a year wrapping up with a controversy over anti-gay comments made by the patriarch on the A&E reality TV show "Duck Dynasty," it seems appropriate that scientists observed a not-so-surprising pattern this October. Young adults who watch reality TV are likely to believe the shows reflect, well, reality. Reality TV viewers are more likely than non-viewers to think women are nasty gossips and that fighting in relationships is common, researchers reported in the journal Psychology of Popular Media Culture.

Getting drugged up and getting behind the wheel is a very bad idea, according to a study from Columbia University's Mailman School of Public Health published in September.

Drivers who test positive for drugs (other than alcohol) are three times more likely to get into a fatal car crash than people who are sober. Mix drugs and alcohol, and the risk of a fatal crash leaps by 23 percent.

Obvious, perhaps, but important, given that there are about 30,000 fatal car wrecks a year in the United States, according to the National Highway Traffic Safety Administration. Drugged driving is less well-studied than drunk driving, and unlike the blood alcohol levels used to measure alcohol impairment, no universal measures of drug impairment exist, the researchers said.

Many an adolescent boy has taken up guitar in hopes of getting chicks. It's not a bad strategy, according to research published May 1 in the journal Psychology of Music. This absolutely delightful study had a man ask women on the street for their phone numbers while holding either a sports bag, a guitar case or nothing. The guy got more digits when holding the guitar case. Rock on.