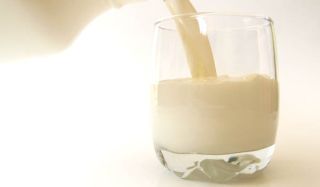 On average, one in six people who drink raw milk becomes ill with bacterial or parasite infections, according to researchers at the Minnesota Department of Health.

The researchers found 530 laboratory-confirmed cases of infections — including bacterial infections from Salmonella, E. coli and Campylobacter, as well as parasitic infections called cryptosporidiosis — among Minnesota patients who reported drinking raw milk between 2001 and 2010. Raw milk is milk that has not been pasteurized (heated to kill germs and then cooled quickly).

However, many cases of such infections aren't reported, or confirmed in a laboratory. Based on known rates of underdiagnosing these infections, the researchers estimated that 20,502 Minnesotans, or 17 percent of raw milk consumers, actually became ill during the study period after consuming raw milk, according to the study, published today (Dec. 11) in the journal Emerging Infectious Diseases, a public health journal of the Centers for Disease Control and Prevention (CDC).

"The risk for illness associated with raw milk is far greater than what was determined based on recognized outbreaks," said study researcher Trisha Robinson, an epidemiologist at the Minnesota Department of Health.

Infections with the pathogens that can contaminate raw milk often cause diarrhea, stomach cramps and vomiting, which last for about a week.

"Fortunately, most people recover, but sometimes, it can cause more severe symptoms or long-term diseases," such as a nervous system disorder called Guillain-Barre syndrome, or reactive arthritis, which is inflammation in the joints that develops in response to an infection by bacteria, Robinson told LiveScience.

In the study, about 20 percent of those who became sick developed a serious complication of bacterial infections called hemolytic uremic syndrome, which can cause kidney failure.

The researchers also found that cases of sporadic infections — meaning they occurred in relative isolation, as opposed to being part of an outbreak of infections — may greatly outnumber the cases linked with outbreaks. In fact, the number of documented sporadic infections was 25 times greater than the number of cases that were part of an outbreak during the study period, Robinson said. [Top 7 Germs in Food that Make You Sick]

The researchers noted that their study is limited in several ways by the data available to them. They said the sporadic cases of infection that occurred in people who had recently consumed raw milk could not be definitely linked with the milk. (For example, some may have become sick through their contact with cattle.)

From 1998 through 2011, a total of 148 outbreaks associated with the consumption of raw milk products were documented in the United States, resulting in 2,384 illnesses, 284 hospitalizations and two deaths, according to the CDC.

Thirty states in the United States permit the limited sale of raw milk.

Raw milk can cause many infectious diseases and foodborne illnesses because it can contain harmful bacteria that are not killed during pasteurization. However, raw milk advocates claim it is healthier and tastes better.

"Raw milk's health benefits are not scientifically proven," Robinson said. "But what we can say is that people are getting sick after drinking raw milk."