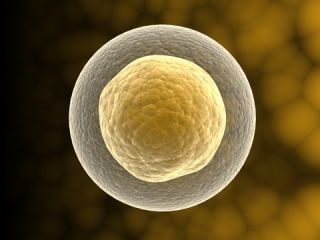 Human stem cells have been converted into functioning lung cells for the first time, paving the way for better models of lung diseases, ways to test potential drugs and, ultimately, creation of tissue for lung transplants.

Scientists had previously converted stem cells into cells of the heart, intestine, liver, nerves and pancreas.

"Now, we are finally able to make lung and airway cells," study leader Dr. Hans-Willem Snoeck, a professor of microbiology and immunology at Columbia University in New York, said in a statement.

Patients who receive lung transplants today have a poor prognosis. But future approaches involving transplants that use the patient's own stem cells to generate lung tissue could reduce the chances that a patient's immune system would reject the transplant, the researchers said. [Inside Life Science: Once Upon a Stem Cell]

In the new study, Snoeck's team discovered new chemicals that complete the conversion of stem cells into the epithelial cells that coat the surface of the lungs.

In fact, the researchers found evidence suggesting the cells could develop into six types of lung and airway epithelial cells, according to the study published Dec. 1 in the journal Nature Biotechnology. These included the cells that produce surfactant, a liquid that covers the alveoli, the structures where gas exchange occurs, and also repairs the lung after injury or damage.

The technology could enable researchers to model certain lung diseases. For example, the cause of a condition called idiopathic pulmonary fibrosis remains a mystery, but cells called type 2 alveolar epithelial cells are thought to play a role. Using the new method of converting stem cells into lung cells, scientists could study the disease, and screen drugs that could possibly treat it, the researchers said.

Ultimately, the technique could be used to produce tissue for an autologous lung graft. The lung cells would be removed from an organ donor's lung, leaving only a scaffold behind, which could be seeded with freshly made lung cells from the patient, the researchers said.