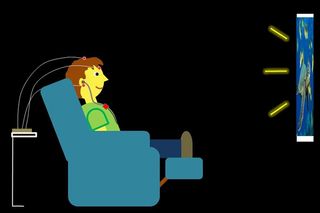 Studies by researcher Nina Kraus have shown that lifelong musical training is associated with the ability to hear and understand sounds in a noisy environment, even as we age. But what about people who have had limited musical training — four or five years of piano or guitar lessons as a child, for example? A recent study by Kraus's Auditory Neuroscience Laboratory at Northwestern University suggests that even limited exposure to music may help inoculate us from some types of age-related declines in brain functioning. The study, published in the Journal of Neuroscience, found that four to 14 years of musical training early in life is associated with faster neural timing in response to speech. Test subjects listened to a synthesized speech sound ("the syllable "da") by itself — without any other competing noise — and also amid other, background noises. She found that the group of test subjects who had had some musical training responded neurally to the syllable both in quiet and in noise more quickly than did the groups of test subjects without musical training. This result is relevant especially to older people, who often show difficulty processing fast-changing speech elements--consonant to vowel transitions, for example.

Kraus is the Hugh Knowles Professor of Communication Sciences and Neurobiology at Northwestern University. Much of her research is supported by the National Science Foundation.