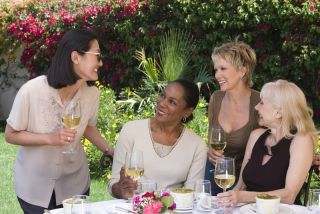 SAN DIEGO — Menopause comes with its share of unpleasant side effects, which may include memory loss. But there may be a way to combat the problem.

The hormone estrogen appears to protect against the effects of stress and associated memory loss in aging women. Now, it seems that estrogen replacement therapy in postmenopausal women could prevent memory loss associated with stress, according to findings presented here Sunday (Nov. 10) at the annual meeting of the Society for Neuroscience.

"Women who are going through menopause report feeling their memory is getting worse, though the reports are anecdotal," said study researcher Alexandra Ycaza of the University of Southern California. [7 Ways the Mind and Body Change With Age]

However, estrogen treatment is somewhat controversial, because it has been linked to an increased risk for certain kinds of cancer and vascular disease.

Ycaza studied 42 postmenopausal women with very low estrogen levels who were participating in a clinical trial, and were randomly assigned to take estrogen replacement therapy or a placebo for about five years. Neither Ycaza nor the participants knew which of the women received estrogen and which received the placebo.

In her study, Ycaza asked the women to place their hands in ice water for three minutes, a research technique known to cause stress. Twenty minutes later, the women read sentences to determine if they were grammatically correct, while also trying to remember the last word of every sentence. On another day, the women did the test again, but this time they first put their hands in warm water.

The study also showed that 15 minutes after the cold-water exposure, when the stress hormone cortisol starts to peak, the lower-estrogen women had bigger surges in cortisol compared with their higher-estrogen counterparts.

The findings suggest that estrogen provides a natural buffer against the negative impact of stress on short-term memory in women, Ycaza said. The researchers accounted for other factors that might influence women's memory skills, such as their age at menopauses and their vocabulary.

Drugs called selective estrogen receptor modulators (SERMs) may have cognitive benefits similar to those of estrogen, but have fewer side effects, the researchers said. The breast cancer drug tamoxifen, the most commonly used SERM, blocks the effects of estrogen in breast tissue, but actually behaves like estrogen in brain tissue.

In a separate study presented here at the meeting, scientists investigated how tamoxifen affected cognition in postmenopausal women.

"We think the decline in [estrogen] in late life for women does seem to affect cognitive function," said study researcher Dr. Paul Newhouse of Vanderbilt School of Medicine, in Tennessee. He noted that women have a higher risk than men of developing Alzheimer's disease.

In Newhouse's study, postmenopausal women took drugs that temporarily blocked acetylcholine receptors in the brain, to simulate the cognitive effects of aging. They also took either tamoxifen or a placebo for three months. Throughout the study, they tested the women's memory, attention, learning and spatial abilities.

The acetylcholine-blocking drugs impaired the women's cognitive abilities on the tests, as expected. But the women taking tamoxifen showed better attention, verbal memory and spatial navigation compared with those taking the placebo, results of the study showed.

Tamoxifen has side effects, too — "no drug is perfect," Newhouse said. It seems to be less risky than estrogen, but there haven't been any studies of tamoxifen on cognition in women without breast cancer, he said.